Tag Archive for: The ICC 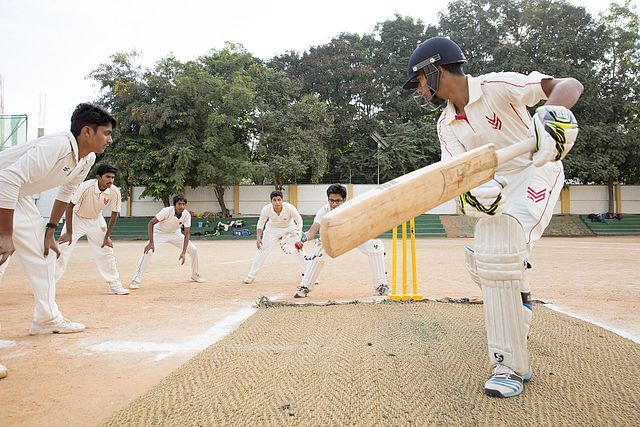 The International Cricket Council (ICC) launched a new partnership with UNICEF in June 2021. The partnership seeks to aid UNICEF’s COVID-19 emergency response efforts in South Asia. The partnership marked another chapter in the two organization’s combined aid efforts through the ICC’s Cricket for Good campaign.

UNICEF’s efforts in South Asia are a high priority due to the pandemic. The organization estimates that the pandemic likely contributed to the added deaths of 228,000 children younger than the age of 5 in the region’s six largest countries. Disease-related mortality rates rose too. UNICEF estimates almost 6,000 additional adolescent deaths from diseases such as “malaria, tuberculosis, HIV/AIDS and typhoid” as a result of disrupted treatment services prompted by the pandemic.

Furthermore, “the number of young children being treated for severe acute malnutrition (SAM)” decreased by more than 80% in Bangladesh and Nepal. UNICEF’s report details an expected increase in adolescent health issues. These issues range from stunting to anemia due to a rise in food insecurity and undernutrition in South Asia. The COVID-19 pandemic brought about a significant decline in the availability of essential services. These statistics illustrate the impact of COVID-19 on healthcare services in South Asia, among other impacts.

In addition, the effects of the pandemic extend beyond physical health for children in nations such as India. Yasmin Ali Haque, a UNICEF representative in India states, “Children are facing mental health issues and are at greater risk of violence as lockdowns shut them off from their vital support networks.” Haque also notes the increase in illegal adoptions in the country, prompting concerns of potential child trafficking and abuse.

As a result of these consequences, UNICEF called for aid in support of measures to improve the COVID-19 response in South Asia. These actions include increasing medical supplies, sanitation and infection control measures in the region. The organization has already worked to provide critical medical equipment such as ventilators, oxygen concentrators and testing kits to countries such as India and Sri Lanka. While UNICEF continues to request support from both private and corporate interests, the organization’s partnership with the ICC may prove to be increasingly important.

The International Cricket Council and UNICEF

The ICC recently launched a fundraising campaign in support of UNICEF. The campaign, running from June 18 to June 22, 2021, occurred in the English city of Southampton during the World Test Championship Final between New Zealand and India. The Council, through the Cricket for Good campaign, intends to use the massive sports audience to promote UNICEF goals.

The ICC commits to raising funds during cricket games and broadcasts while also utilizing the group’s digital platforms for fundraising efforts. All funds raised through the campaign will go directly toward UNICEF’s COVID-19 relief efforts in South Asia.

“We appeal to cricket fans around the world to come together to show their support for the work of UNICEF at such a difficult time and donate to such a worthwhile cause,” Acting International Cricket Council CEO Geoff Allardice said in the announcement for the partnership.

These recent efforts mark the latest commitments in a string of coordinated efforts between the ICC and UNICEF. Past campaigns focused on areas such as empowering young women and girls through cricket. During the ICC Men’s Cricket World Cup, UNICEF’s fundraising efforts garnered $180,000 to finance a girls’ cricket initiative in Afghanistan.

As the pandemic continues, support from organizations such a UNICEF and private organizations like the ICC will be critical. Increasing fears are emerging over the potential effects additional waves of the virus would have on children. The Indian Academy of Pediatrics (IAP) recently emphasized that COVID-19 holds a lower direct health risk for children, releasing a statement detailing that “almost 90% of infections in children are mild/asymptomatic.”

The IAP also explained that there is no evidence indicating that children will suffer severe cases of COVID-19 in a subsequent wave of the virus. Nevertheless, the IAP stresses the importance of increasing medical capacities for children in the country in order to avoid deaths from preventable or treatable diseases.

UNICEF echoes the need to support childhood healthcare as the pandemic continues. Fundraising support from influential groups like the ICC could go a long way. These partnerships are vital in helping relief organizations provide the resources and assistance necessary to alleviate some of the problems affecting South Asia during the COVID-19 pandemic.