Tag Archive for: The Hybrid Approach 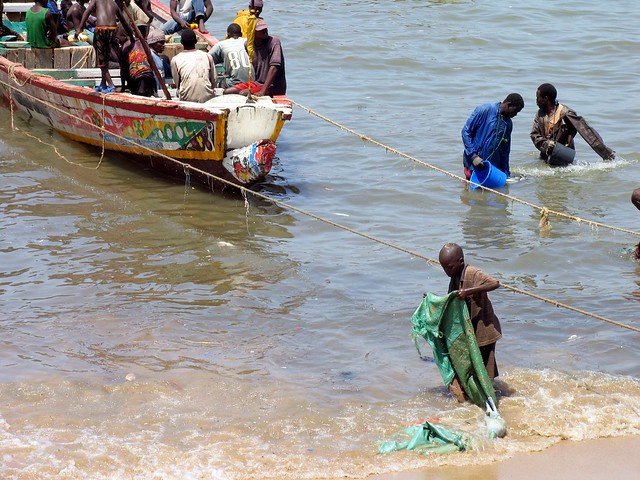 Water is an essential but limited resource that is unfairly allocated in many parts of sub-Saharan Africa. Although one of the Millennium Development Goals (MDG7) is to lower the number of people that currently live without sustainable access to safe water by at least half, there is much work to do. The African water grab by international banks and corporations is leaving small African farmers quite vulnerable.

The term “water rights” means the right to extract water from groundwater and other bodies of water. It grants access to desalination projects, water-purification and treatment technologies, irrigation and well-drilling technologies, water and sanitation services and utilities, water infrastructure maintenance and construction. Restrictive permit systems in Kenya, Malawi, South Africa, Uganda and Zimbabwe have resulted in 100 million people being left with insufficient water.

Water rights for large commercial operations in Africa are granted primarily by permit laws that were established in colonial times. Small farmers have only customary water rights, which are agreements based on tradition rather than written law. Their operations are often too small to gain permits either because the government does not have the infrastructure to grant so many permits or farmers do not know to get them. Approximately half of sub-Saharan Africa governments use customary rights to water for home use and limited farm irrigation.

Since the end of Apartheid in South Africa, water distribution has remained inequitable despite the legislative efforts of the National Water Act (NWA 36 of 1998) and the National Water Resources Strategy (NWRS2), which prioritize the allocation of water for socio-economic growth over commercial uses.

In Malawi, 80 percent of the people live in rural areas are dependant upon rain for agriculture success. This leaves the population vulnerable because there are frequent droughts, variations in climate and natural disasters. Recent estimates suggest that foreign investment in Mali’s land jumped by 60 percent between 2009 and 2010. In locations like Mali and Sudan, a new approach is badly needed. Some investors have been given unrestricted access to water. The chairman and former CEO of Nestlé, Peter Brabeck-Letmathe, has called the buy up of farmland a “great water grab.”

Traditional access is efficient until there’s a conflict. In those cases, large-scale water users, with superior entitlements to use water for large-scale irrigation, mining, industry and hydropower generation, are better able to win disputes with the government. Internationally, water rights consolidated in the hands of a few is also a problem.

These new “water barons”—international banks and investors—are buying up the world’s water quickly.  With international and influential agents having extensive rights, and local farmers having questionable rights, the already limited water systems will be further stretched. “Exclusive reliance on national permit systems has, at least on paper, “criminalized” up to 100 million people lacking water permits in the five countries studied,” wrote Barbara van Koppen, the lead author of the report.

A recent report argued that the consolidation of water rights is hurting the environment and the small farmer, who holds only traditional water rights. The solution, the authors argue, is to support African governments in “decolonizing” water laws through a “hybrid” approach to water-use rights.  They recommend that permit systems be retained but used instead to regulate large-scale water users that have a large impact on small farmers and the environment. The hybrid approach would also extend legitimate rights to customary laws, which have guided investments in water infrastructure as well as water sharing for centuries.

Certain aspects of this hybrid approach are already in use in parts of Africa. Uganda is focusing on providing permits to 20 percent of its large-scale water users. These users require 80 percent of the resources. In Kenya, targeted permitting has been formalized. Water users are categorized from A to D, depending on the impact their water use has, and they are regulated accordingly. However, the legal protection for small-scale users still remains unaddressed.