Tag Archive for: The Horne Islands 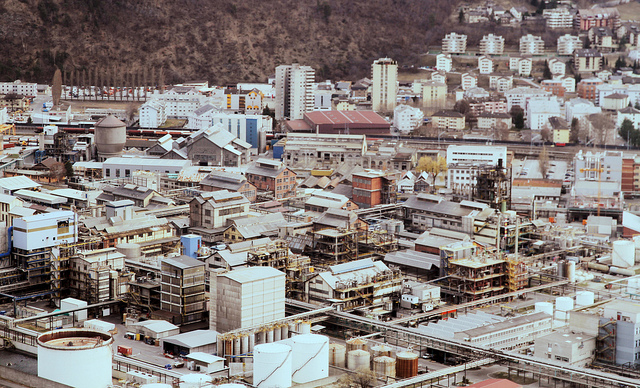 Wallis and Futuna, formally known as the Territory of the Wallis and Futuna Islands, is a self-governed French territory in the western Pacific Ocean consisting of two island groups. The Horne Islands include the islands of Futuna and Alofi, while the Wallis islands include Uvea Island and its surrounding reefs and islets. The economy of the nation is quickly deteriorating, and the leading causes of poverty in Wallis and Futuna are similar to that of most Pacific island states; that is, that they are vulnerable to a range of factors that individuals living on larger land masses are not. Listed below are three primary causes of poverty in Wallis and Futuna.

Population Decline
In recent years, the decline in the island’s population has been drastic. In 2015, the population was estimated to be roughly 18,000. According to a CIA World Factbook report, that number has dropped to 15,507. The historical trends do not paint a positive picture either. In 1955, the island’s population growth rate was 2.15 percent. Currently, it is .3 percent and is expected to be -.34 percent by 2100.

Additionally, the population is disproportionately old, causing concern for a relatively large aging population and a lack of people ages 18-30 who could fill the widening void in the territory’s labor force. As of 2013, 42.2 percent of the population was age 24 or younger, and 8.6 percent were above the age of 65. This is significant because it reflects that just over half of the country’s population is either slightly too young or too old to substantially contribute to the island’s economy.

Environmental Problems
Perhaps the worst of all causes of poverty in Wallis and Futuna are environmental issues. Like many other islands, Wallis and Futuna is suffering from a declining supply of natural resources, in this case due to deforestation. Since its origins, the island’s main source of fuel has been wood. Today, there are few trees left to cut down, with the only remaining substantial natural forests located on Alofi Island and a small section of Uvea Island. This level of deforestation has also left the mountainous terrain on the island far more vulnerable to erosion.

The islands are also becoming increasingly susceptible to climate events such as tropical storms, hurricanes and tsunamis. There are also no permanent settlements on Alofi Island because the island is without access to clean drinking water. Another environmental factor that has negatively impacted agricultural productivity is a lack of soil fertility on the islands of Uvea and Futuna, in addition to having a mere 7.1 percent of arable land. To make matters worse, as of 2012, the country was ranked 215 out of 218 countries in terms of the percentage of land considered to be under government protection, at just .166 percent.

Limited Economic Diversification
As previously mentioned, the environment of Wallis and Futuna is not particularly suited to agriculture, and in the past and present, citizens of the territory have relied excessively on the practice as a means of sustainability. As of 2001, 80 percent of the economy depended on agricultural revenue, 16 percent were dependent on service industry jobs and 4 percent on industrial jobs. As of 2008, the unemployment rate was estimated to be 12.2 percent. At the time, this was more than 1,000 people out of the country’s approximate population of 15,000.

A trend that appears to be recurring among island states across the world is that they typically lack long-term economic and environmental sustainability. History has shown that inhabitants of islands like Wallis and Futuna not only face constant threats of climate-related catastrophes and other problems such as isolation from the global community, but that their ultimate demise seems to occur after they have harvested all available natural resources.

Simply put, the causes of poverty in Wallis and Futuna are reflective of the French poorly implementing territorial expansion. If influential, sovereign, wealthy developed nations like France are going to claim ownership of remote territories, there should first be some level of established accountability within the U.N. from the country who is wishing to annex an island chain such as Wallis and Futuna.

The French could not only provide short-term solutions such as infrastructure development or construction of public institutions, but they could also provide tax breaks or other forms of economic incentives to encourage domestic businesses to help foster economic growth in the region, which would help to solve the aging population issue as well as the lack of diversification in the workforce on the island by encouraging younger workers to return home and work. Requiring countries like France to show their specific future intentions for their territories would help to assure the global community that they will prioritize the maintenance and preservation of adequate quality of life for the inhabitants of those territories.