Tag Archive for: The Government of Bhutan 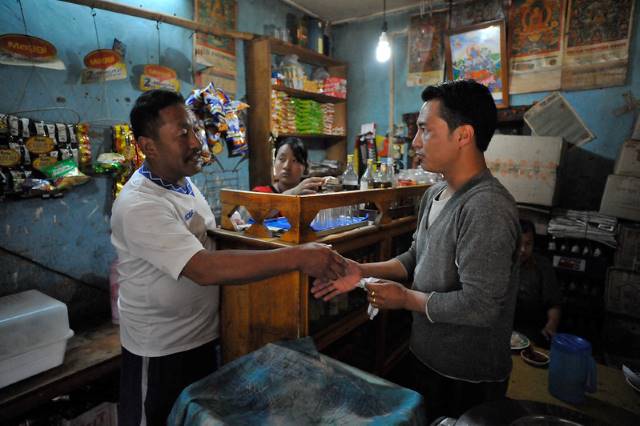 Bhutan is a small country tucked away in the mountainous terrain of the Himalayas. Known as the Kingdom of Happiness, Bhutan is notable for creating its Gross National Happiness Index. This index serves as a tool for the Government of Bhutan to outline what must occur in order to foster and maintain a holistically sustainable environment. To uphold this index, Bhutan has made it a priority to reduce poverty in Bhutan and better the quality of life for the population.

Poverty in Bhutan stems largely from issues with the country’s terrain. The Himalayas, while beautiful, are also difficult to cultivate, traverse and control. Farmers struggle to grow enough crops to maintain a stable income due to the limited access to farmable land. What workable land there is, often rests at the whims of various natural disasters. The lack of education and diverse job opportunities also have made it difficult for many to rise out of their economic situation without help and intervention.

Over the last 10 years, the government has made impressive strides to address poverty in Bhutan. Between 2007 and 2012, poverty dropped from 23% down to 12%. In 2017, Bhutan announced that it had once again cut its poverty rate by half over five years, dropping the number down to 5.8%.

The value of land productivity has been rising and thus, farming has become a more profitable and sustainable industry. Bhutan cultivates less than 3% of its land but the country has shifted to producing high-value commercial crops. These crops sell for a high price with countries such as India and Bangladesh, making up for the lack of farmable land. Trade agreements have stimulated the value of agricultural exports, increasing the international cash flow into Bhutan’s own economy.

Infrastructure and road production have become vital players in the reduction of poverty in Bhutan. The Government of Bhutan set out to update existing paths, develop new highways and ensure that no town is more than a half-day walk from the closest road. High-quality roads allow for traffic both through and out of rural areas. This increased traffic to urban areas provides easier access to jobs, education and other opportunities for those who previously struggled with inaccessibility.

Hydroelectric projects also play a sizeable role in Bhutan’s efforts to fight poverty. These projects have not only stimulated job growth within rural communities but have also brought in many foreign workers. The presence of these workers increases local spending, benefitting rural communities with income.

Over the last decade, the rate of poverty in Bhutan has fallen to new lows. While there are still many in the country that struggle with poor living conditions, the government is working to ensure that they too will benefit from the economic changes that Bhutan is trying to normalize. The Gross National Happiness Index accounts for all the people of the country and thus, Bhutan will continue to work at helping its people until all are holistically happy.