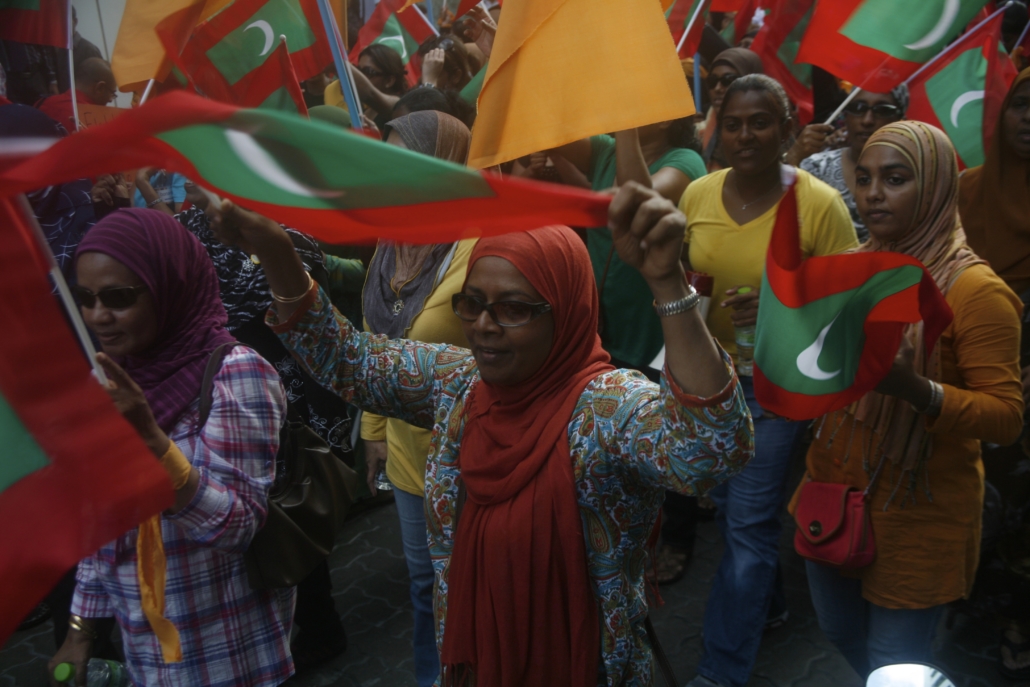 The Maldives is considered a “development success” by the World Bank. In the last few decades, the Maldives’ Gross Domestic Product (GDP) per capita multiplied by more than fifty. The average life expectancy is the Maldives is now 78 years it has almost achieved full literacy across the nation. Now, the country is turning its attention to women’s rights and domestic violence.

Women’s Rights in the Maldives

The Maldives has improved its Gender Inequality Index score significantly in the last two decades from 0.649 to 0.367. The GII takes into account a variety of factors to measure equality between genders, with nations closer to 0 being the most equal. Women contribute to the nation’s economic and political progress through leadership roles and participation in the workforce.

However, the Maldives today still grapples with structural forms of gender inequality. A byproduct of this is the prevalence of domestic violence. According to data collected by the U.N. in 2017, 56% of women ranging from ages 15 to 49 had experienced physical or sexual violence from their partners in the last 12 months.

To continue furthering socio-economic progress in the Maldives, women’s rights and gender equality must not be sidelined. Recognizing this, the government has begun to make a stronger effort to combat domestic violence.

Economic inequality between the genders is also a persistent social issue in the Maldives. According to research done by the UNDP, Maldivian women’s Gross National Income is lower than men’s by a staggering 48%.

As of 2016, 8.2% of Maldivians live below the nation’s poverty line. Due to structural inequalities that exclude women from major sectors of the economy, such as tourism and agriculture, women are more vulnerable to poverty in the Maldives. For example, the tourism industry indirectly accounts for nearly 60% of the Maldivian economy, but only three percent of women contribute to this sector, in contrast with nearly 50% of men.

Greater women’s empowerment and gender equality have been shown to boost nations’ economic growth. Gender gaps in employment and access to equal opportunity can cost approximately 15% of a nation’s GDP. Allowing women to access the same employment as men in the Maldives would not only benefit the nations’ path of economic growth but help to lift the Maldives’ most vulnerable from extreme poverty.

Furthermore, women’s economic empowerment can be linked to domestic violence. While it is not the only factor, when women can financially support themselves, they are more likely to be able to leave their abusers. Improving women’s rights and helping raise them out of poverty can improve the overall economy and help women escape domestic violence.

The campaign aims to raise further national awareness about gender inequality and change long-standing stereotypes about women. The ‘Geveshi Gelhun’ campaign is a necessary first step to what is hopefully a more equitable future in the Maldives.

The three-month campaign is mostly administered through various forms of media. This has consisted of live television programming, social media posts and billboards to raise awareness. The Ministry is working with local businesses and artists to develop the campaign’s messaging.

The ‘Geveshi Gelhun’ campaign is a great step in the right direction. Raising awareness and enacting stronger legislation will hopefully have a significant impact on women’s rights. To continue combatting domestic violence in the Maldives, the government and other humanitarian organizations must make this issue a focus of their efforts.