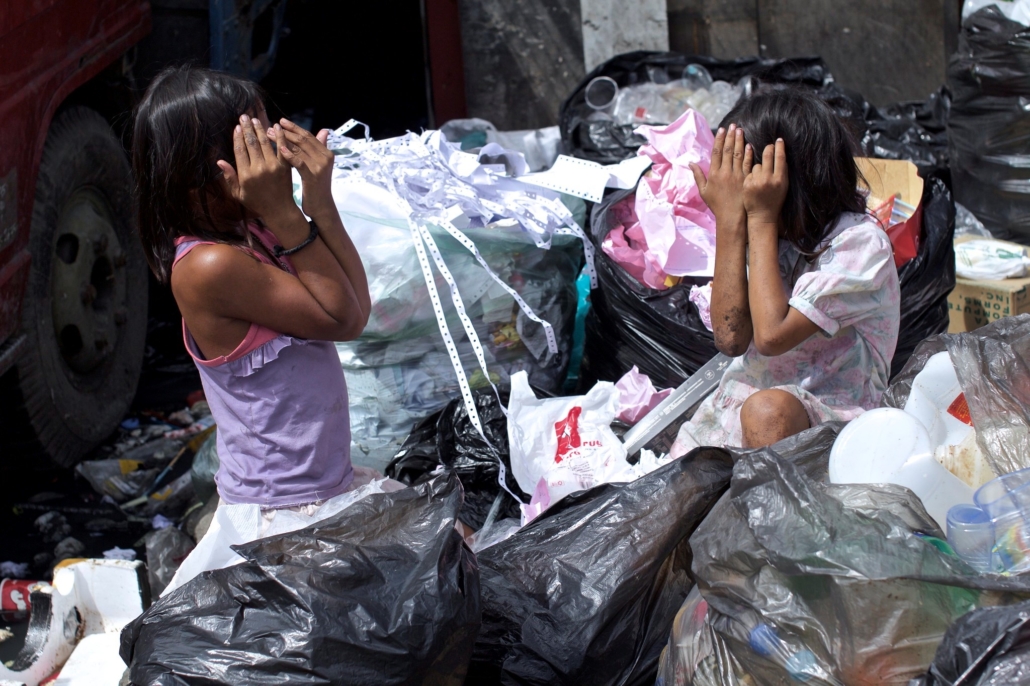 In developing countries where the most impoverished people live alongside garbage heaps and landfills, many earn livings as waste collectors. Although women waste collectors significantly outnumber male waste collectors, they face inequalities and disproportionate economic and health impacts in comparison to their male counterparts.

However, many developing countries lack the facilities and recycling programs to manage plastic waste effectively. The consequence is that the waste piles up and pollutes the surrounding environment. Individuals also resort to burning the waste, a practice that emits harmful dioxins into the air.

The environmental and health consequences of plastic waste disproportionately impact people who live and work in or around plastic waste dumps. In many countries, the informal waste collecting industry goes unregulated because they do not recognize waste-collecting as official employment. Because of this, there are often no protocols in place to ensure that waste collectors conduct their jobs safely.

The situation intensified in 2018 upon China’s refusal to accept foreign plastic waste, prompting countries to divert waste to other nations in Asia and Africa. The world openly burns roughly “41% of waste,” however, in some cities in Africa, as much as 75% of waste disposal consists of burning rather than recycling.

Waste Collecting as a Livelihood

Although informal industries such as waste-collecting are challenging to monitor, according to a study in Ghana of women waste collectors in the plastic value chain, women who work as plastic waste collectors typically earn less than men. These women also have less power in the workplace, compete with men for the most valuable recyclables and lack equipment such as pushcarts, storage facilities and personal protective equipment. In Ghana, 74% of women working in plastic waste facilities have the lowest-paying positions (such as washing and sorting) and only 7% of women work in positions that allow them to make decisions.

The chemicals added to plastics during manufacturing come with known human health risks and some that disproportionately harm women. Body fat is an ideal storage site for bioaccumulating and lipophilic chemicals, and because women’s bodies store more fat than men’s, exposure to these chemicals leads to higher concentrations of absorption in women, even when the exposure rate is the same.

Chemicals that cause endocrine disruption (a process that changes the body’s hormonal system) can cause cancers, congenital disabilities, immune disorders, reproductive disorders, neurological disorders and developmental problems in women, fetuses and children. Endocrine disruptors (EDCs) such as bisphenol A, phthalates, dioxins, lead and cadmium are present in plastics used for food packaging, electronics, textiles, cosmetics and more. EDCs are an urgent international health issue, especially for developing countries where people are unable to protect themselves against high levels of exposure.

Women in Informal Employment: Globalizing and Organizing (WIEGO) is an international organization dedicated to improving the conditions of people (especially women) who work in informal industries, such as women waste collectors. WIEGO has formed a partnership with Latin American waste collector movements, as well as organizations and institutions, to form the Gender & Waste project, “a collaborative project involving waste pickers.”