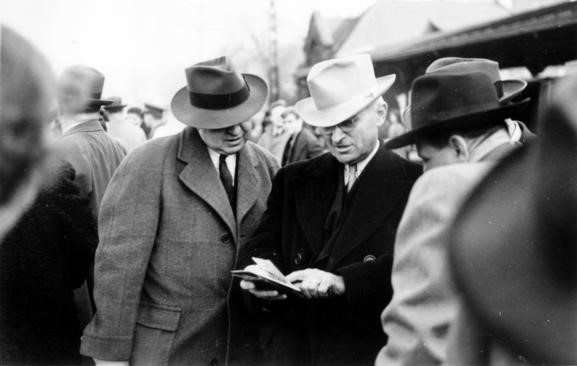 In 1947, Europe was still feeling World War II’s devastation. Rebuilding was not going as fast as necessary and people of every country were feeling the impacts. Economies had nearly come to a complete halt in most countries and there were up to 11 million refugees that needed to find jobs, homes and food. The United States was the only superpower in the world that could offer any assistance to the people of Europe because the war did not entirely influence its industries. The reason for the implementation of the Marshall Plan was to help people rebuild their homes and industries, as well as provide security and an economic boost to the U.S.

The Marshall Plan, formerly called the European Recovery Program, was an initiative proposed by the United States Secretary of State, George C. Marshall, in 1947. The plan aimed to accomplish several things. First, it was to provide aid to kickstart European countries whose economies the war destroyed. The second was to promote free trade that would not only benefit those countries but the United States as well. The third was to contain the spread of communism that was sweeping over Eastern Europe.

Aid for the Netherlands

World War II hit the Netherlands hard when the German forces occupied the country from 1940-1945. The war heavily damaged its infrastructure, agriculture and housing and they were in desperate need of repair. To rebuild its infrastructure, The Marshall Plan gave half a million dollars to the cement industry to repair roads, bridges and ports. The port in Rotterdam was particularly important because the country uses it to import goods. The Plan provided more funds to build housing for 9.5 million people living in the Netherlands. Fixing the agriculture of the Netherlands required the country to modernize its practices. It spent funds on new farming equipment and the treatment and repairing of the soil destroyed by years of fighting. In total, the Netherlands received $1.127 billion to rebuild its country.

Germany split in two shortly after World War II ended. The Soviet Union controlled East Germany while the United States and its allies controlled West Germany. West Germany received $1.4 billion in Marshall Plan aid although the war heavily impacted it. The whole of Germany had an aggressive bombing campaign to destroy its cities and invading armies from the west and east devastated the country’s communities. Twelve percent of the aid to West Germany went towards housing the nearly eight million refugees that had settled there after the war. These houses were necessary with a population of 67.9 million. Coal was another industry that was in desperate need; 40 percent of funding went towards this so that Germany could fuel its industries and factories. The funds from the Marshall Plan helped the German people find homes, jobs and food.

Aid for the UK

German bombings on British industrial sites had a terrible impact on the production of British goods, particularly on its southern cities. By 1948, the United Kingdom had mostly recovered from the war, but it needed to address more. While the U.K. was able to rebuild, the country was deep in debt and was having a challenging time feeding its people and keeping its industries going. Because of its 1948 population of 50 million people and its contribution to the war effort, the U.K. received the largest sum from the Marshall Plan, $3.2 billion. These funds provided the country with financial stability and allowed it to balance out its economy. While the aid did not go towards helping the U.K.’s economy, it benefited from the food and fuel brought in and the breathing room necessary to stabilize its country.

In total, the United States spent over $13 billion in aid for the 15 countries. These countries were able to provide food, fuel, housing and stability for their people during a devastating time thanks to the Marshall Plan. The average GDP of the nations that received aid increased from their prewar levels by 35 percent, and overall industrial production rose by 40 percent. The U.S. was also a beneficiary of the economic success of the European nations engaging in trade. In the decade following the end of the Marshall Plan in 1951, the GDP of the United States had nearly doubled. The Marshall Plan shows the benefits of providing foreign aid that can help not only those receiving but those giving as well.