Tag Archive for: The Enough Project 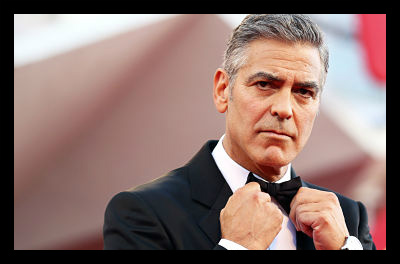 The money paid for the date with the eternal Hollywood Bachelor is going to Sudan, and no, that is not where the date is taking place. The date was part of a raffle auction that was launched on the internet, and the winner is a single-mom with an 8 year old daughter.

The winner gets to attend the premiere of The Monuments Men movie with George Clooney on the red carpet in New York City, and the one-plus million dollars spent on raffle tickets for the date goes to the Satellite Sentinel Project.

The Satellite Sentinel Project is a reconnaissance operation that observes Sudan from a satellite and reveals crimes against humanity and other violent actions like the decades-old genocide in Darfur.

Clooney has been recorded saying the cost of the Satellite Project is around three million dollars, just to operate the image monitoring. Clooney has given his payments for international advertisements to help fund the Satellite monitoring process. The satellite captures images of Sudan from three hundred miles above the earth and watches war criminals and leaders of genocide in their home territory and beyond.

The star works closely with John Prendergast, co-founder of the Enough Project.

The Enough Project, like the Sentinel Satellite Project, is a movement to stop violence and acts of terror and or genocide in Sudan. Prendergast has worked under the Clinton Administration, two different members of Congress, UNICEF, the U.S. Institute of Peace and more according to the Enough Project’s records.

He seems more than qualified to take part in the Sentinel Satellite Project. Preventing innocent citizens from horrible acts of mass terror and killing is something Prendergast has been working on for years.

Clooney became friends with Prendergast when he began working on the board of Not On Our Watch, an organization started by Clooney, Matt Damon and Brad Pitt. The two thought up the Satellite project as a way to turn the tables on warlords in Sudan. Clooney would become the paparazzi to the leaders of oppression, spreading their business all over the internet. Holding these types of corrupt leaders responsible in the public eye is the first step to getting the rest of the world involved.

With high-profile celebrities like George Clooney calling out criminals for their actions, it will be even more difficult for evil-doers to hide from foreign interference and consequences. 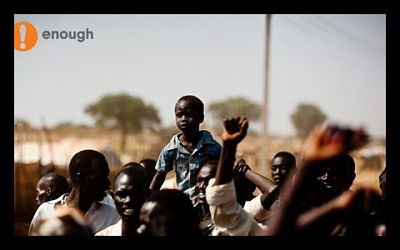 There was the massacre of Armenians in Turkey in the early 1900s, resulting in more than a million Armenian lives lost. Next came the attempted extermination of the Jews in World War II by Adolf Hitler, resulting in six million deaths. The tense conflict between the Hutu and Tutsi militias in Rwanda followed in the 1990s, accounting for 800,000 deaths.

Looking back upon history, it becomes hard to imagine that evil deeds of this nature such as genocide still exist today and are performed on a daily basis. Yet in the Congo today, women are being raped and tortured by the thousands and famine is prominent.

The Enough Project is intent on ending genocide. The project plans to address the issues of mass genocides and crimes against humanity still existing today. Based in Africa, the project serves to deliver the three Ps to the innocent citizens of African nations. The three P’s, the main focus of the initiative, are peace, protection, and punishment.

Creating peace begins with lawmakers and individuals in power who can make a difference. It also includes having countries that are well equipped to step in and prevent genocide to assist the project. Protection comes next. Many people who are victims of genocide are helpless and unable to protect themselves from the harm of their perpetrators. Someone needs to account for these people and save them from the destructive nature of genocide. These people could be trained guards, military forces, or even police forces.

Finally, the punishment portion of the Enough Project involves holding accountable those who are responsible for the heinous crimes. This ensures such crimes will never be perpetrated again. Furthermore, the organization works to prevent further genocide by analyzing these crises as well as advocating for concrete action to be taken by policymakers in order to “transform the United States from a late responder to a world leader in the prevention of genocide and crimes against humanity”.

The Enough Project uses these tactics to drive programs in the Congo, Darfur and other parts of Africa. Through activism and analysis of the crimes being committed, the Enough Project serves to end the violent history of genocide.