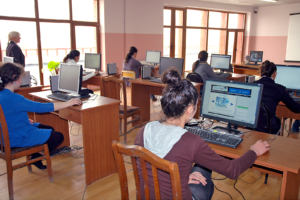 For the developed world, internet access has become a standard part of everyday life. Currently, 80 percent of individuals living in the developed world have access to the internet and this number is growing. However, in the developing world, a mere 40 percent of individuals have access to the internet due to a lack of infrastructure. This number decreases to 11 percent when looking at the world’s least developed countries. In order to promote global economic growth and job development, the U.S. has introduced the Digital Global Access Policy (GAP) Act, a bill that would encourage broadband (high-speed) internet access throughout the developing world.

Purpose of the Digital GAP Act

Ultimately, the Digital GAP Act would fund the infrastructure needed to provide broadband internet access throughout the developing world. The goal of the bill is to provide four billion people living in both the urban and rural areas of developing countries with first-time access to the internet by 2027. The benefits of the Digital GAP Act are manifold. Supporters of this bill hope that fixed access to the internet will “catalyze innovation, spur economic growth and job creation, improve health, education, and financial services, reduce poverty and gender inequality, mitigate disasters, and promote free speech, democracy and good governance.” In short, the Digital GAP Act has the potential to be revolutionary because the ability to access all different types of information with the click of a button would drastically transform the developing world.

Who is Spearheading the Bill?

On May 20, 2019, the House of Representatives passed the Digital GAP Act. The Senate now needs to pass the bill and President Trump must sign it. The government has reported that there is an 85 percent chance of Senate passing the bill.

The Installation of Broadband Internet

The developing world will gain access to the internet through a build-once policy. In order to fund this initiative, both the public and private sector will invest in roads and other critical infrastructure in order to ensure that the infrastructure will last and that workers install it adequately the first time. The goal is that this infrastructure will be able to reach the poor rural areas of the developing world. Without actively targeting rural areas, only the major cities would gain internet access, leading to heightened wealth disparity. Without promoting the development of all areas, sustainable development cannot be achieved.

The Way the Digital GAP Act Will Benefit the Economy

By providing internet access to more than four billion people throughout the world, the global economic output would increase by approximately $6.7 trillion and raise over 500 million people out of poverty. This initiative would greatly advance the United States’ foreign policy interests because global poverty reduction helps foster resilient, democratic societies, which promote national security and global economic growth. According to the World Bank, “Raising Internet penetration to 75 percent of the population in all developing countries would add as much as two trillion USD to their collective GDP and create more than 140 million jobs around the world.” The bill also anticipates bringing 600 million more women online. Currently, there are 23 percent fewer women online than men. According to the U.S. government, these women would contribute between $13-18 billion in annual GDP across 144 countries.

The Digital GAP Act is a long-term investment. While many foreign aid initiatives look to reduce immediate suffering by providing food aid or funding for crisis relief, the Digital GAP Act looks much further into the future. In other words, the goal of this bill is not to temporarily mitigate poverty, but to end it altogether by promoting avenues for economic growth and job development. However, both forms of foreign aid must work together, for the long-term benefits that this Act could provide are irrelevant if the people do not address the immediate needs of those living in extreme poverty.