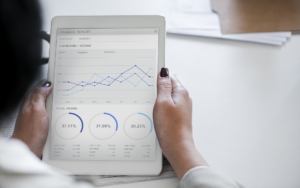 Across the globe, digital finance services are empowering vulnerable communities to make responsible investments, save for the future and gain access to credit. Between 2011 and 2014, seven hundred million people in the developing world gained access to these services, allowing them to participate in formal economic decisions for the first time. Although there is a long journey ahead for women’s digital financial inclusion in the developing world, much is being done to help close the gap.

A 2018 report recorded that women in low to middle-income countries are 10 percent less likely to own a mobile phone than their male counterparts. That 10 percent translates to around 184 million women without access to a mobile device and, therefore, digital financing services. Without this crucial link to a formal economy, women are excluded from credit approval and economic and political decision-making. They have little to no control over how their personal funds are spent.

In addition, an overall lack of digital literacy causes an assortment of issues for women’s inclusion in financial matters. According to the Alliance for Financial Inclusion (AFI), 75 percent of survey respondents classified a lack of digital literacy as a major barrier in women’s digital financial inclusion. Without knowledge of these innovative services, women in rural and impoverished regions are forced to resort to less trustworthy forms of investment and informal savings. These often yield large negative returns for participants. This method of financing makes the identification of these women extremely difficult. This leads to low loan approval and higher interest rates for those women who are lucky enough to get approved.

Despite various challenges, much is being done to assist women in developing countries on their path to financial stability and independence. In 2014, AFI signed the Denarau Action Plan, which lays out a commitment to halve the financial gender gap by 2021. AFI isn’t alone in their pursuits either. The Bill and Melinda Gates Foundation recently launched an institutional gender strategy that will commit $170 million to the economic empowerment of women. Consultive Group to Assist the Poor (CGAP) also recently joined forces with 200 different organizations in similar pursuits.

The issue of women’s digital financial inclusion is gaining momentum globally. The world is starting to recognize just how much of a positive impact financial gender-equality will have on the global economy. AFI found that global gender-equality could unlock $12 trillion in incremental GDP by 2025 with a specific focus on digital finance services. Although progress is slow, women in developing nations are beginning to reap the benefits of financial inclusion on a more personal scale.