Tag Archive for: The Cuba Project 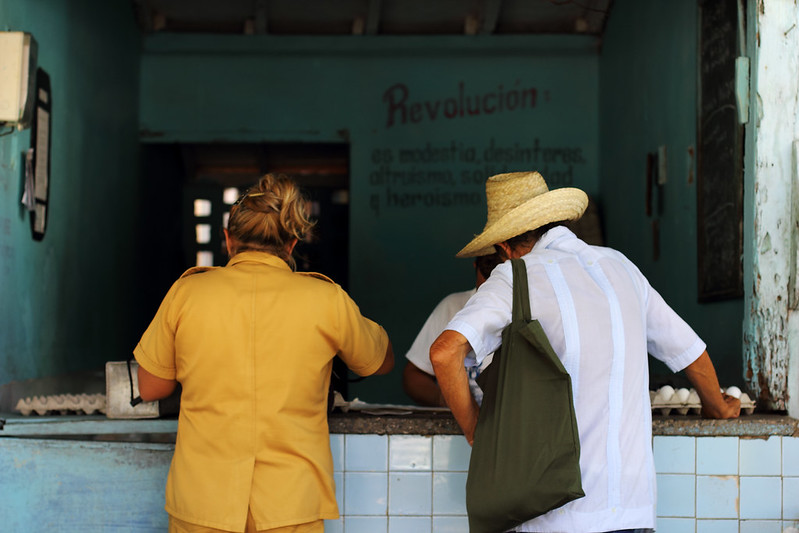 In the wake of online activism, social media has become a prominent tool in spreading awareness through videos, graphics and even articles. Online platforms, such as Instagram and Twitter, have proven to be quick and effective ways for younger activists to mobilize. Recently, posts containing facts about poverty in Cuba have been circulating on apps. However, alongside important information, many can also misconstrue the truth on the internet. Through the examination of the validity of some popular online claims, one can differentiate the myths from the facts about poverty in Cuba. Here are five myths and facts about poverty in Cuba.

Myth: Salaries in Cuba do not exceed 1,000 non-convertible pesos a month.

Many rumored 1,000 CUP, which is the equivalent of $37, to be the top-ranking salary for Cuban professionals in an Instagram post. Although there are contradictory claims about Cuba’s median monthly earnings, a recent Havana Times article reported a national wage increase in 2019. The change could bring an 18% increase in the median monthly wage to combat international trade blocks. The Cuban government is also increasing the salary of professors to 1,700 pesos and government journalists to about 1,400 pesos.

A virtual interview with a Cuban native and Havana resident, Claudia Martínez, confirmed this wage increase. Martínez, who works as a historian at the University of Havana, has claimed that “The median salary of a Cuban is 400 to 500 pesos, a bit more now with the salary augmentation that they did. For example, I used to earn 530 CUP which is equivalent to 21 [U.S.] dollars or CUC monthly. Now, I’m earning 1,500 pesos which is equivalent to 60 CUC[…]”

Amidst a political clash between the U.S. and Venezuela, the U.S. Treasury has sanctioned four companies transporting oil from Venezuela to Cuba. Cuba is now experiencing a shortage of petrol due to these sanctions.

U.S.-Cuban relations have historically been rocky. However, development in economic partnerships has sprouted programs that bolster a positive relationship between the two countries, such as the Cuba Project by the Center for International Policy. Backed by a code of ethics, the project aims to facilitate sustainable business practices by Cuban citizens to uplift communities out of poverty while being environmentally conscious.

Myth: Stores are not accepting the national currency.

Cuba’s economic system uniquely includes two currencies: the national coin that people know as CUP and a convertible currency that is compatible with the U.S. dollar called CUC. In July 2020, the Cuban government opened stores that solely run on foreign currency as a way to generate revenue and fund social programs. The government stated that despite this addition, regular stores will continue to accept CUP and CUC for the public.

Martínez detailed the function of these MLC stores which stands for “Moneda Libre Convertible,” or freely convertible currency. She differentiates these businesses from regular stores stating, “In [MLC] stores, there are products that are normally expensive in other stores.” Martínez continued stating that “For example, [MLC stores] carry a 20-liter tank of cooking oil that costs 40 dollars, but other stores don’t carry this because it’s more expensive and it’s not what the average person consumes. But that they don’t accept national currency is not true. In fact, I went and bought cooking oil with national currency at the stores just the other day.”

Fact: There is product scarcity on the island.

With the harshest economic obstructions the country has seen as of late, Cuban citizens are seeing a lack of certain consumer products. Food and hygiene products, such as meat, cheese, soap and toothpaste, are hard to come by. These shortages will likely escalate if trade blocks do not disappear soon.

Caritas Cubana is a nonprofit organization that aims to help Cuba’s most vulnerable populations during times of crisis. In 1991, the Catholic Church established the organization, and its influence has been notable. A Boston-based sister organization called Friends of Caritas Cubana popped up in 2005, growing to be the largest international donor for the charity. With the help of donations from Friends, Caritas Cubanas was able to serve 48,153 people in 2019 with programs for senior citizens, children with disabilities, HIV and AIDS patients as well as those catastrophic natural disasters affect.

Tourists have wondered if avoiding politically-fragile countries, like Cuba, will help resolve corruption within the government. A recent Instagram post has reflected this belief of government exploitation.

However, studies show that tourism in Cuba “has the potential to help raise national incomes, increase employment in well-paying jobs, and contribute to Cuba’s greater participation in the world economy.” Considering tourism is one of the country’s most concrete methods to alleviate poverty, it should receive protection.

If tourists have any ethical reservations about visiting Cuba, there are alternative measures that one can take, such as boycotting government industries while traveling. By strictly consuming products and services from local businesses and avoiding extravagant resorts, visitors can invest in citizens while still getting to experience Cuba’s allure.

Usually, local tour guides are hard to come by without personal recommendations. However, the website Toursbylocals.com allows tourists to book private guides while traveling. This is a great start to developing local connections in Cuba so travelers can attend the best restaurants, boarding houses and other locations without government ties.

Avid social media users should be wary of the framing and intentions of online infographics. With a long history of unresolved political unrest, Cuba has been a target for other states hiding under the veil of “national security.” However, action against poverty is necessary despite political differences.

Generally, the recent global events have made the public more impressionable than ever, so caution is essential when interacting with posts. Users should review other media outlets to get the real facts about poverty in Cuba.