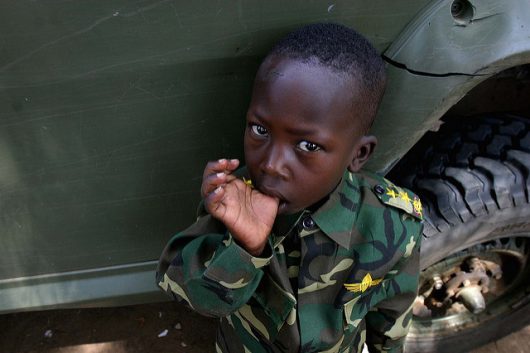 Political instability in the CAR affects the prosperity of its citizens. In 2013, the Seleka group–a Muslim-affiliated group–seized power in the Christian country. The Anti-Balaka showed Christian resistance and rose up to counter the Seleka. This conflict created a legion of problems in the Central African Republic. In September 2013, Seleka was dissolved. However, there are still remaining rebel groups to this day, known as Ex-Seleka. This conflict has resulted in the use of child soldiers, causing a lack of enrollment in schools and internally displaced persons (IDP) throughout the country. Moreover, this political uncertainty has impaired food rates, health and increased the percentage of people living at less than $1.90 a day.

Malnutrition in the Central African Republic is one of the top concerns for the country. Nearly one-third of the population (1.3 million people) is food insecure, with 47.7% of the entire population undernourished. More than 10% of children suffer from malnutrition. Highly chronic malnutrition rates remain a concern in the CAR. The average life expectancy, for both males and females, is 51.4 years. This is below the international average of 71.4 years. In 2008, 66.26% of the population was living at less than $1.90 a day. This shows incredible under-development. The Central African Republic’s poverty rate shows characteristics of scarcity and hardship.

The Central African Republic’s poverty rate demonstrates a multitude of problems related to the country’s food insecurity, malnourishment and political instability. However, there is hope for the citizens of the Central African Republic. The United States has provided assistance to strengthen the U.N.’s mission to address the continuing humanitarian crisis in the CAR. The United States has provided approximately $500 million in development and security assistance, helping the people of the CAR to find long-term stability and peace. The World Food Programme (WFP) has begun its first food voucher program to assist more than 100,000 people affected by conflict. The organization plans to provide more than 1.2 million people in the CAR with nutrients for life-saving assistance.