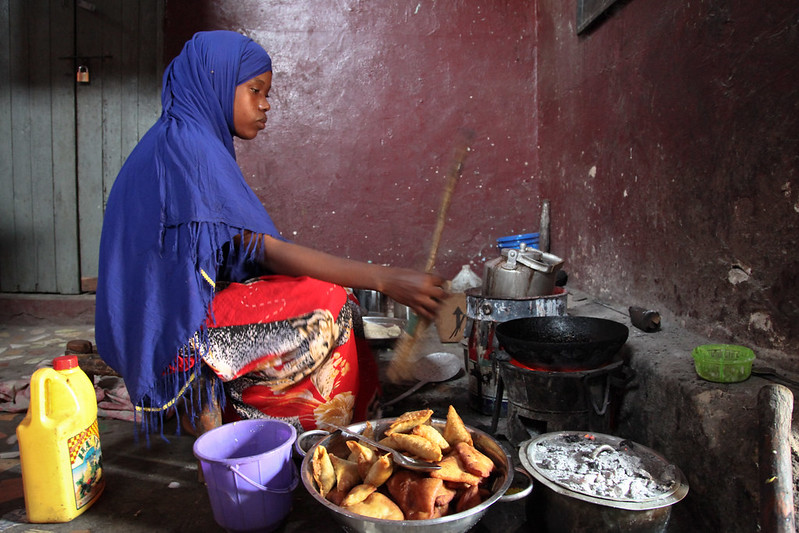 Cookstove visionary Peter Scott initially started Burn Design Lab (BDL) in 2010. After growing concerned about the deforestation issue in Africa, Scott became determined to develop the world’s best cookstoves. With parts from Bob Powell’s metal shop Meadow Creature and a workplace in Vashon’s Sheffield Building, BDL was ready to expand and test new designs. In 2013, Paul Means joined BDL as Research & Testing Manager, and between 2013-2016, a natural draft wood stove—which would become the Kuniokoa—came to be. By 2015, Peter Scott had left BDL to work with Burn Manufacturing Company to create a charcoal-burning stove. Now under Mean’s leadership, BDL has expanded its partnerships to Kenya, the Philippines, Guatemala and Ghana.

Over time, BDL has established a detailed iterative approach to its development process. Instead of a hard step-by-step process of stages, the group has adopted more of a cyclical process. One cycle consists of conceptual design, computer-aided design, prototype fabrication, user research and laboratory and field testing. After a cycle, testing results and user input then goes back into the process to further improve the design. An iterative approach makes versioning easier and guarantees every step. Though this process may seem lengthy and repetitive, it offers a rapid turnaround and is easily adaptable. With this plan in mind, BDL has been very successful approaching many of its beneficent products.

In the past, Burn Design Lab has been quite successful executing different plans and solutions. In partnership with Burn Manufacturing Co. in Kenya, BDL developed in The Kunioka in 2016 for use in East Africa. With financial support from the U.S. Department of Energy and investments from Unilever and Acumen, this wood-burning stove revolutionized Kenya and Tanzania’s agriculture industry. Not only was this stove incredibly eco-friendly, but it was also cost-effective for farmers and plantation workers at only approximately $38.

In addition to its past projects such as The Kunioka, BDL has also been successful in its current endeavors. Right now, BDL has a partnership with the Burro Brand Ltc. to develop an improved shea roaster for the citizens of Ghana. The current process for roasting shea kernels is very unsustainable and has many health consequences. BDL and Burro have worked through many design and testing iterations to produce the best product for utilization. The goals of the project include reducing wood fuel consumption by 40 percent and reducing carbon emissions by 90 percent. As one can see, BDL has worked tirelessly to produce cookstoves that are both sustainable and secure.

Burn Design Lab has created a profound solution to a global problem. According to National Geographic, some three billion people cook with open or barely contained fires, leading to many negative consequences such as smoke inhalation. Other health concerns that people associate with this cooking style are respiratory infections, eye damage, heart and lung disease and lung cancer. As a matter of fact, open cooking fires produce about 400 cigarettes worth of smoke an hour. Sadly, those in low and middle-income countries must resort to this as they do not have easy access to reliable and sustainable energy.

BDL has made it its mission to design clean-burning cookstoves that release fewer emissions and require less fuel. With support and determination, Burn Design Lab is saving lives, promoting economic empowerment in developing nations and fighting deforestation.