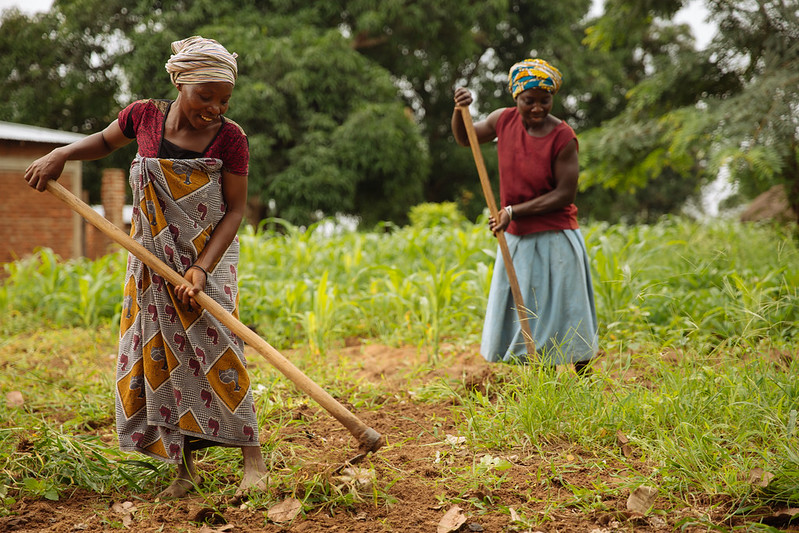 Tanzania is a country located along the coast of the Indian ocean in Eastern Africa. It has a population of more than 60 million people and continues to grow. Tanzania’s economy has been on the rise over the last decade. However, its agricultural sector employs a large number of people and is still struggling to make ends meet. The country partners with many agencies and organizations. Moreover, the U.S. government-funded USAID is Tanzania’s most important donor. It has been working to contribute to agricultural improvements in Tanzania by increasing the efficiency of weather information. Here are some facts about Tanzania’s economic condition, the importance of access to climate information and the U.S. aid that the country’s farming sector has received recently.

Tanzania has a wide variety of resources and economic reforms. As a result, the nation has witnessed astonishing growth in its economy within the last 10 years. Thus, the poverty rate fell from 34.4% in 2007 to 26.4% in 2018. Additionally, approximately 14 million people were living in poverty. However, due to the country’s rapid population growth, the absolute number of people living in poverty increased while the relative number decreased. The areas of economic growth were related to industry and service. This only gives work to 6% of the total population. The agriculture industry requires the most support and foreign aid because it grows slower. In addition, many Tanzanians work in this industry.

Access to weather information is the main tool in the process of agricultural improvements in Tanzania. This has become increasingly important as the climate is constantly changing. Since food production heavily relies on precipitation, farmers need to be able to predict and prepare for any amount of rainfall. The Tanzania Meteorological Authority (TMA) has been sending out SMS to more than 3,000 farmers all around the country several times a month to provide them with the much-needed information. However, due to high cost and inefficiency, the methods of spreading information have been the main focus of improvement.

Database for Farmers has Supported Agricultural Improvement in Tanzania

USAID funds the Building Capacity for Resilient Food Security Project and serves as an important partner in improving the spread of information. This project’s goal is to support the Tanzanian government in stabilizing its agricultural sector through different climate challenges. Additionally, the Food and Agricultural Organization of the United Nations (FAO) is one of the project’s three national partners. It has also supported TMA in creating a database for farmers to access and analyze weather information. The new technology has made it easier for farmers to receive the necessary information and has also resulted in higher usage of social media platforms by people in rural areas. It has become much easier for those in the agricultural sector to schedule the planting and harvesting of crops with this improvement.

The Building Capacity for Resilient Food Security project has contributed to many agricultural improvements in Tanzania. For example, the project sponsored training sessions for decision-makers and stakeholders throughout Tanzania in 2019. These training sessions teach farmers how to survive different climate crises and how to plant and harvest efficiently. Experts from American universities and various international partners are leading the training program. Furthermore, the goal is to teach the participants how to practice climate-smart agriculture. The hope was that the training session would increase Tanzania’s food production and decrease the number of farmers living in poverty.

The partners of the Building Capacity for Resilient Food Security Project, FAO, USAID and the U.S. Department of Agriculture (USDA) improved Tanzanian farmers’ capability to plan their food production efficiently in January 2021. Furthermore, the partners provided important supplies such as ph meters, measuring cylinders, bottles and new technologies for a weather database to the TMA.

It will be easier for the agency to collect weather data and quickly spread the information to Tanzanian farmers with the new equipment. This will support the farmers’ goal in expanding their food production and security to the point of self-reliance. The organizations hope that making Tanzania’s agriculture more sustainable will contribute to the country’s economic growth and help many people who have employment in the sector out of poverty.