Tag Archive for: the BUILD act 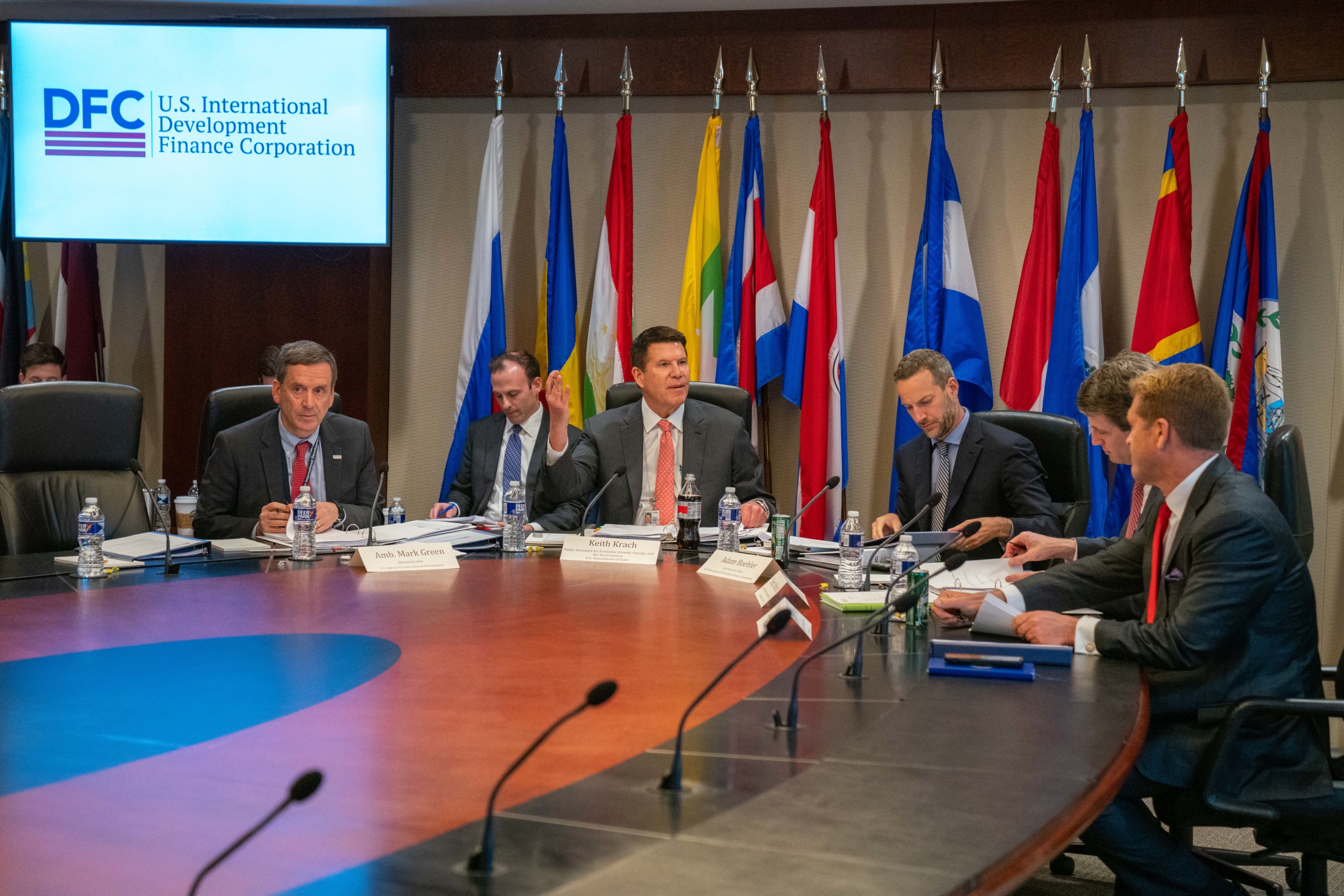 In 2019, the BUILD Act created the U.S. International Development Finance Corporation to expand upon the development work of the U.S. Agency for International Development (USAID) and the Overseas Private Investment Corporation (OPIC). Its purpose is to include the private sector in the United States’ international development mission. It can provide loans and political risk insurance, insurance that protects investments from political instability to its corporate partners. Thanks to the services it provides, it can collect service fees from the corporations. This means USIDFC operates without a cost to U.S. taxpayers.

USIDFC combines government oversight with private sector funding to create a new U.S. international development model. Although still in its infancy, the U.S. International Development Finance Corporation has introduced some ambitious projects and adopted some from USAID and OPIC. The projects cover a wide variety of development issues such as healthcare, technology, poverty and female empowerment. Such issues often intertwine, as a solution for one can often impact another.

Alleviating Poverty in Chad and Mexico

For example, USIDFC’s work to bring electricity to Chad will help alleviate poverty. Currently, only 8.8% of Chad’s population has access to electricity. Such limited access impairs education, business growth and overall quality of life. Partnering with FinLux Ellen Sarl, a French corporation, USIDFC will provide a $10 million loan for the distribution of solar-powered appliances to Chad. The project will:

Through a similar project in Tanzania by the Millennium Challenge Corporation, a farmer increased her daily earnings by 504% in two years. Such a drastic increase in wages shows the powerful effects of electricity-focused development projects on poverty.

Another example of the U.S. International Development Finance Cooperation’s work to alleviate poverty is occurring in Mexico. Mexico suffers from a poverty rate of nearly 50%. USIDFC is partnering with KapitalMujer to provide $5 million in microloans to women-owned businesses in southern and central Mexico. This project will give low-income women the necessary funds to start or continue their small businesses.

Although a heavily disputed development model, microfinancing has proved beneficial in Bangladesh and China. Microloans will not drastically increase the standard of living; however, the loans will raise many families out of poverty. Ultimately, this project will give impoverished women access to funds that would otherwise be unavailable to them due to their high risk. This money will allow them to invest in their businesses and increase their income.

The motivation behind the U.S. International Development Finance Corporation’s creation should not be overlooked. It is a response to China’s Belt and Road Initiative (BRI). However, China’s state-to-state development model and the United States’ new corporation-to corporation development model are fulfilling different needs. China is investing large amounts into infrastructure in over sixty countries. U.S. International Development Finance Corporation is targeting small and mid-sized companies to grow developing countries’ economies from the inside.

International politics aside, both programs are filling gaps in places where investment is lacking. Both countries are actively trying to increase economic growth in developing countries, which will decrease poverty rates. Whether the countries’ motives are altruistic or geostrategic, frankly, does not matter. The global poverty rate will be positively affected either way.