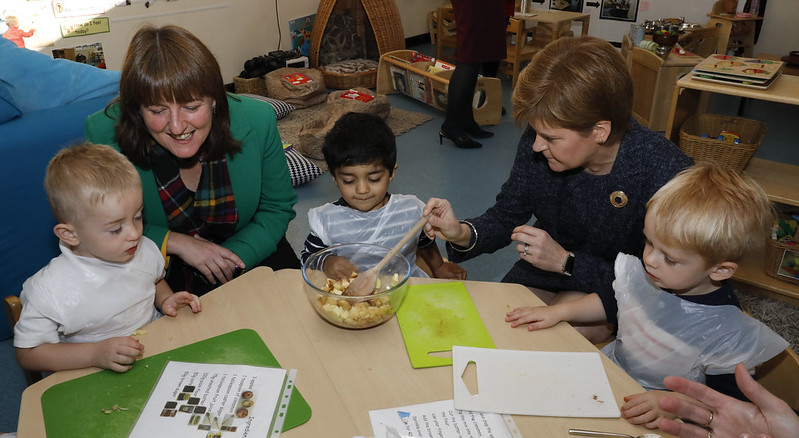 Over the past year, the Scottish government has taken significant steps towards minimizing child poverty. The government’s recent initiatives come as welcome additions to the progress Scotland has made over the last decades in its fight against child poverty. Evidently, data from the Joseph Rowntree Foundation (JRF) demonstrates that the child poverty rate in Scotland over the past 20 years has fallen to 24% by 2016/2019. This figure fares well when compared to neighboring England, where the poverty rate fell to 31%.

The Scottish government’s recently released “Third Year Progress Report” exemplifies its significant devotion to eradicating child poverty. In particular, one figure stands out: over £978 million ($1.3 billion) was given as direct support to families with children in 2020-21, with £118 million ($160 million) of that as a response to COVID-19. That being said, the government is not hesitating to ensure that Scotland pushes to eradicate child poverty. Its commitment shows in four major initiatives: the Universal Credit Uplift, Scottish Child Payment,Best Start Foods and Minimum Income Guarantee.

Since the beginning of the pandemic, the U.K. government installed a £20 per week Universal Credit Uplift. This measure helps those at risk of poverty or within poverty to cope and recover from the pandemic. The impact of Universal Credit on Scotland has been notable, contributing to a 6% rise in the last year for residents. To be exact, around 480,000 residents benefited from the measure.

The Scottish government decided to take it a step further. In November 2020 and August 2021, it pleaded with the U.K. parliament in joint correspondence with the other devolved nations to extend the Universal Credit beyond its scheduled expiration of October 2021. Scotland’s government proposed the extension of the Universal Credit to continue into the long run, citing the long-term ramifications of withdrawing the uplift so suddenly. The joint letter to the U.K. Parliament indicated this, as the Scottish government noted how cutting the Universal Credit Uplift would cut social security payments in Scotland on average by £460 per year by 2023/2024.

The Scottish Child Payment consists of an added-on £10 per week benefit. Ever since it began back in February 2021, it has proven to be one of the country’s most instrumental and groundbreaking initiatives as Scotland pushes to eradicate child poverty. In fact, the JRF labeled the Scottish Child Payment as “the lifeline children and their families need” in addition to serving as “the most progressive policy brought in since devolution 20 years ago.”

As of August 31, 2021, over 108,000 children have benefited from the Scottish Child Payments. The policy has the potential to reach around 133,000 children, according to Scottish Fiscal Commission projections. The payment targets low-income families with children under age six. It consists of continuous added-on financial support for families in receipt of qualifying benefits to aid with the costs of childcare.

On top of these phenomenal results, the Scottish government has great plans for this initiative’s near future. Its first extension consists of making the payment available to children aged 6-15 by the end of 2022. The second extension commits to significantly increasing the Scottish Child Payment. Ideally, with a full £20 payment achieved by the end of this current Parliament.

One of Scotland’s best-performing initiatives to ensure Scotland pushes to eradicate child poverty is its Best Start Foods payments. The payments commenced in December 2018, and from then until May 31, 2021, contributed to exactly 179,575 families. Best Start Foods aids low-income families with children under age three to buy healthy food to maintain a sustainable living. Specifically, the payments consist of pre-paid cards made every four weeks which can purchase healthy food such as eggs, milk, fruit and vegetables.

In an interview with The Borgen Project, a Scottish government spokesperson elaborated on the August 1, 2021 decision to increase the Best Start Foods payment amounts from £4.25 per week to £4.50 per week. “For families with newborn babies up to one year old, payments increased from £8.50 to £9 per week. We are proud to say that these higher payments are now being paid to clients and as the latest official statistics show more than 85,000 Best Start Foods applications have been authorized providing low-income families across Scotland with payments worth £16.7 million. We are committed to making sure support is available so that every child in Scotland has the best start in life and are looking to widen eligibility of Best Start Foods later in the Parliamentary term.”

The last initiative demonstrating how Scotland is pushing to eradicate child poverty involves the advanced talks of a proposal for a Minimum Income Guarantee (MIG). In a recent statement, Social Justice Secretary Shona Robison confirmed that the government is “committed to progressing the delivery of a Minimum Income Guarantee, which could be revolutionary in our fight against poverty… The policy is innovative, bold and radical.”

The following are key components of the proposed MIG:

Scotland has made remarkable progress over the past decades. However, certain statistics demonstrate the necessity for the government to not slow down in ensuring that Scotland pushes to eradicate child poverty. Currently, a quarter, or around 260,000, of Scottish children live in poverty, and some projections indicate that this figure could rise to 29% by 2023. That is why it is imperative for Scotland to continue full speed ahead on its mission to eradicate child poverty.