Tag Archive for: The Bednet Buddy 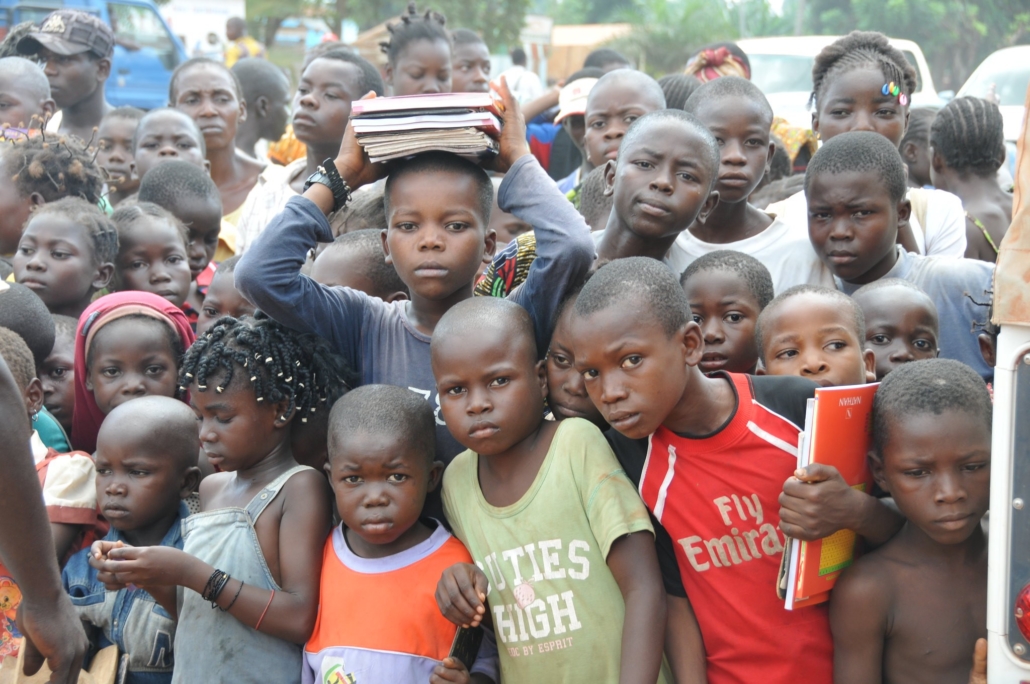 There is an invention that is changing the lives of millions living in poverty around the world. A leather sandal, called The Shoe That Grows, has been making a big difference for children living without shoes that properly fit them. Kenton Lee, a pastor and founder of the nonprofit organization Because International, designed the shoe. He came up with the idea during a six-month stay in Kenya. He originated this new brand of footwear that has benefited those who have outgrown their previous pairs of shoes. Because International is aiding children in developing countries that live without proper-sized shoes and are vulnerable to serious injuries and parasites.

More than 300 children from poor families are in need of a pair of properly fitting and long-lasting shoes. Using materials around his house, Lee used the plastic part of a baseball cap to have a makeshift expanding shoe. He also used tacks and soft foam to create pegs, allowing the shoe to expand.

“The design process was interesting because I am not a designer, and I knew nothing about shoes,” Lee told Bored Panda. “I was just a normal guy with an idea.”

More than 225,000 pairs of adjustable sandals are distributed to more than 100 countries around the world. The previous lack of this resource has prevented kids from attending school daily and staying healthy. More than 1.5 billion people worldwide have suffered from soil-transmitted helminth infections, in which parasitic worms transmitted by eggs pass through the feces of those infected by the disease. The adult worms live in the intestines where they produce eggs every day. Helminth infections also weaken an individual’s nutritional status by feeding on host tissues including blood which leads to a loss of protein and iron. In addition to helminth infections, hookworms, which are also parasitic, cause intestinal blood loss that results in anemia.

As for the organization’s long-term goals, it plans on continuing distribution to poor countries. This provides an economic improvement, in which job creation appears, low shipping for merchants, decreased carbon footprinting and overall innovation of footwear that will increase economic growth while fighting poverty.

Because International is also aiding children through its invention to protect kids vulnerable to mosquitoes. The Bednet Buddy is also available on its official website; a pop-up net lined with long-lasting insecticides, which are synthetic substances for killing insects. The Bednet Buddy has the guarentee to protect children aged 5 and under from mosquito bites while sleeping. Lee, who also invented this protective kit, came up with the idea during the same visit to Kenya. He visited an orphanage where children were sleeping without bedding or a roof over their heads during the night, leaving them more vulnerable for mosquito bites, increasing the chance of catching malaria.

Because International also has a sister company for commercial use called GroFive. Because International primarily owns GroFive and is a small-time player in the American footwear industry. Where parents typically run out to buy their children more pairs of shoes, costing them hundreds of dollars, the company decided to use the idea of The Shoe That Grows for American consumers. The key is to sell the product domestically where parents can purchase this type of shoe for a low price instead of buying multiple pairs for higher prices. GroFive sells its expanded sandals, or “expandals,” for both kids and adults at $39.95 a pair.

In addition, Because International has also developed a program for struggling entrepreneurs to take their new ideas to the next level. Known as the Pursuit Incubator, Because International offers training to get new businesses off the ground and to mobilize them to their target audience. It even gives guidance and funding that help support these new entrepreneurs as they embark on growing their businesses.

Overall, Because International is aiding children through its consistency in making products and services that can help serve those in need. In addition to The Shoe That Grows, it is capable of making more products. It can market these for use in underprivileged and developed nations alike. Finally, it provides services to help others with their own products.