Tag Archive for: The Beatles 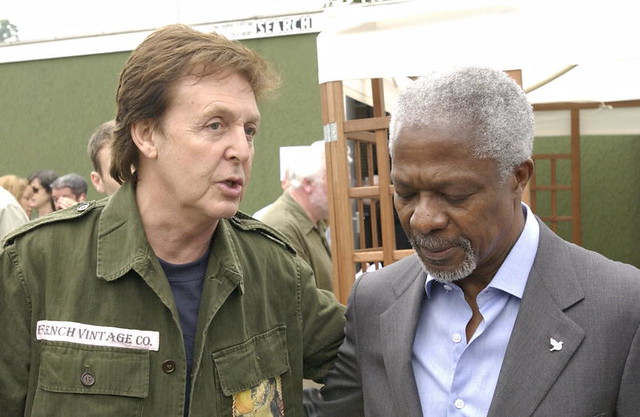 Music has always been one of the most provocative and powerful mediums to promote advocacy and change.  From the protest folk of Woody Guthrie and Bob Dylan, to the Civil Rights soul of Sam Cooke and Curtis Mayfield, to the politically poignant hip hop of The Roots and Mos Def, music engages us with the issues of our time on an emotional level.

Last week, some of music’s most well known figures joined together to release Songs for the Philippines on iTunes.  Stars both past and present are featured on the album, the proceeds of which will go solely to the Philippine Red Cross to aid in the aftermath of Typhoon Haiyan.

Packed with 39 songs (many of which are classics) and a price tag of $9.99, the album makes for a wonderful addition to your holiday shopping list.  Some of the artists included on the album are Bob Dylan, Beyonce, Eminem, The Beatles, Lady Gaga, Red Hot Chili Peppers and Earth Wind & Fire. Where else can you find such an eclectic mix?  The variety alone makes it a great purchase.

Benefit albums have become a staple for iTunes following natural disasters.  Songs for Japan was released in 2011 to support the victims of the tsunami in Japan.  Much like Songs for the Philippines, Songs for Japan featured a similar variety of artists ranging from John Lennon to U2 to Foo Fighters.  These benefit albums show how the music industry can stand united to support a greater cause.

Of course, that is not to suggest that the artists are randomly chosen.  “This brilliant collection is united by a message of hope and compassion,” according to the iTunes synopsis of Songs for the Philippines.  With titles such as “Hero,” “Stronger (What Doesn’t Kill You),” “Carry You Home,” and of course, “Let It Be,” it’s easy to see such themes.

Songs for the Philippines is a great way to show your support and compassion for the people of the Philippines.  Oh, and in the unlikely event that you already own all 39 songs on the collection, iTunes features a link to the American Red Cross’s donation site for Typhoon Haiyan relief right beside the album.  There is no reason not to contribute.