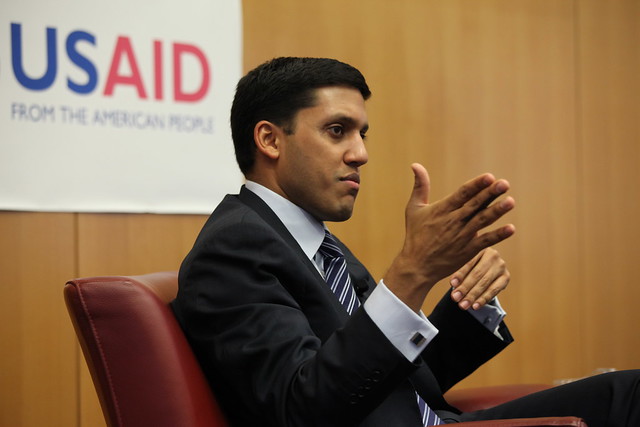 Foreign aid refers to any donation that one country makes to help another. The United States has proven itself to be a leading figure in foreign aid projects through the work of the United States Agency of International Development (USAID). This article focuses on the history of USAID.

USAID is the United States’ foreign aid branch which is responsible for diminishing poverty, innovating development and ideological progress around the world. The organization harbors an interesting history scattered with different approaches and methods. Each decade has acted as an era to test new theories on how to best assuage purveying poverty.

On November 3, 1961, President John F. Kennedy signed an executive order that created the first U.S. agency that would take on global development challenges. USAID emerged “with a spirit of progress and innovation.”

The need for a specific agency to handle global development projects became clear after World War II. The Marshall Plan, active from 1945 to 1949, focused on rebuilding European nations after the damaging war. This demonstrated to U.S. lawmakers that providing assistance to stabilize countries is an effective way of initiating positive change. The 1960s was the decade of development. International powers united under the belief that poverty was a moral blot in the world. Groups like UNICEF and UNDP formed to strengthen infrastructure and industrialization in third-world countries.

Since its early stages, USAID has morphed and shifted focuses. The 1970s had a humanitarian ideal, the 1980s a market-based one and the 1990s saw an effort to stabilize democracy. The 2000s have thus far been reminiscent of USAID’s original purpose.  The all too numerous episodes of violence and war have caused much of USAID’s efforts to go towards rebuilding destroyed neighborhoods and governments.

How Does USAID Implement Aid?

The history of USAID shows that while the organization has taken on multiple approaches, funding methods have remained stagnant. USAID sometimes gives donations to governments and predominantly channels them through NGOs that use the money for very specific purposes.

Many NGOs use their budget to directly affect the lives of individuals and families. Communities receive humanitarian aid in the aftermath of natural disasters. Events like these are particularly harmful to impoverished individuals, as many of them rely on agriculture as the sole means of income. Education and health services are also a primary focus of NGO groups as these are both methods to bring third-world countries onto the modern development stage.

Which Countries Receive the Most Aid?

There are over 100 countries that receive foreign aid assistance from USAID. The history of USAID shows that countries riddled with violence are often the highest receivers.

To date, USAID has given Afghanistan the most foreign aid from the United States. The country has received a considerable $4.89 billion in total. About 73 percent of this aid has gone directly to military projects. Counter-terrorist projects are particularly important in Afghanistan, as USAID attempts to stabilize legal and judicial systems that work to hinder the threat of violent groups. This not only protects the domestic Afghan population but also works to improve U.S. national security.

Iraq, Israel and Jordan are the next three countries that receive the most foreign aid assistance from USAID. The purpose of these donations is similar to that of Afghanistan.

Ethiopia, South Sudan and Kenya are also big receivers but for different reasons as economic aid is the primary concern. These programs are diverse and unique to the concerns of each country. Many, however, focus on relieving the spread of disease and allocating food security to suffering populations.

When reviewing the history of USAID, it is difficult to pick just one outstanding success. The record has shown that it has integrated democracy, erected countless schools and brought the miracles of modern-day science to neglected regions.

One of its recent projects that focuses on agriculture shows that USAID plans for the future and is also pragmatic. The Avansa Agrikultura Project from April 2015 to March 2020  focuses on farming in East Timor. At its completion, the project should help 5,500 individuals in earning more income and benefitting from a nutritious diet. USAID hopes to improve the daily goings of farm life in East Timor in addition to opening international trade markets to recipients.

A glance at the history of USAID personifies it as an organization dedicated to eradicating worldwide poverty through appropriate methods. With its record, it is no secret that this U.S. foreign aid branch poses as an international leader and will more than likely continue to be so in the future.