Tag Archive for: The Articulation of Indigenous Peoples of Brazil 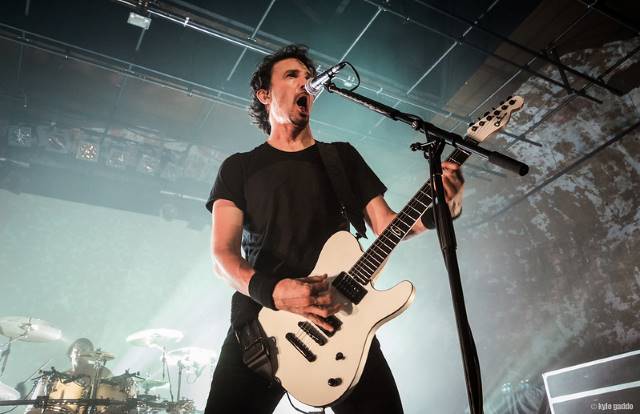 The Yanomami indigenous reserve in Brazil is roughly the size of Portugal, though fewer than 200 healthcare workers serve the area. The effects of malnutrition and malaria among indigenous Brazilians have taken a severe toll on children. Indigenous populations are also more vulnerable to COVID-19. Epidemiologist Andrey Cardoso told The Guardian that the COVID-19 death rate is higher in indigenous children younger than 5 compared to the same age group in the general population. Deteriorating healthcare is just one of the issues indigenous people in Brazil face. Rampant deforestation and attacks from illegal gold miners have also plagued these groups. These issues have resonated with a heavy metal band, Gojira. Gojira’s activism has spurred people to raise more than $300,000 in support of the indigenous Brazilian rights group, The Articulation of Indigenous Peoples of Brazil.

In another attack on the Yanomami people, illegal miners “opened fire with automatic weapons” during three consecutive days of violent fighting. Illegal mining has also led to severe deforestation in the region with more than 3,000 acres of forestland cleared in the Munduruku reserve in January and February 2021 alone. Additionally, reports indicate that more than 1,700 acres of land have been degraded in the Yanomami reserve from January 2020 till May 2021.

The effects of the attacks comprise just a portion of the problems that plague indigenous groups in Brazil. A 2019 report requested and funded by UNICEF reveals that, in the Yanomami areas of Polo Base de Auaris and Polo Base de Maturacá, roughly 81% of children younger than 5 were chronically malnourished. Poor access to nutritious foods was highlighted as one of the causes.

Overall, healthcare access in these regions is also poor. Member of the Indigenous District Health Council, Junior Yanomami, told El Pais that healthcare groups had not visited the village of Maimasi for six months at one point. Not only were many residents stricken with malaria, but several children suffered from malnutrition and verminosis — a disease caused by parasitic worms. In total, fewer than 200 healthcare workers cover the 28,000 Yanomami and Ye’kwana people in Brazil, highlighting the lack of health support in the areas.

Upon learning more about the problems plaguing indigenous people in Brazil, Gojira partnered with the activism support website, Propeller, to host an auction of heavy metal memorabilia in support of the largest indigenous rights group in Brazil, The Articulation of Indigenous Peoples of Brazil. Gojira’s activism auction came after the band released its single, Amazonia, in support of The Articulation of Indigenous Peoples of Brazil.

The auction, which featured personal memorabilia from heavy metal icons like Metallica, Slayer, Slash and Tool, raised more than $300,000 for the indigenous rights group. In another successful effort by the band, Gojira’s activism also garnered support and awareness for an important cause. “Words are great, music is great, but action is something concrete,” Gojira drummer, Mario Duplantier, told Louder Sound.

Hopefully, Gojira’s activism marks just one way in which indigenous groups in Brazil begin to receive the support and fundraising needed to combat the major issues they face. In addition, Gojira will hopefully serve as an example of how other famous groups can use their platforms to make an impact in struggling communities around the world.