Tag Archive for: The Arab Spring 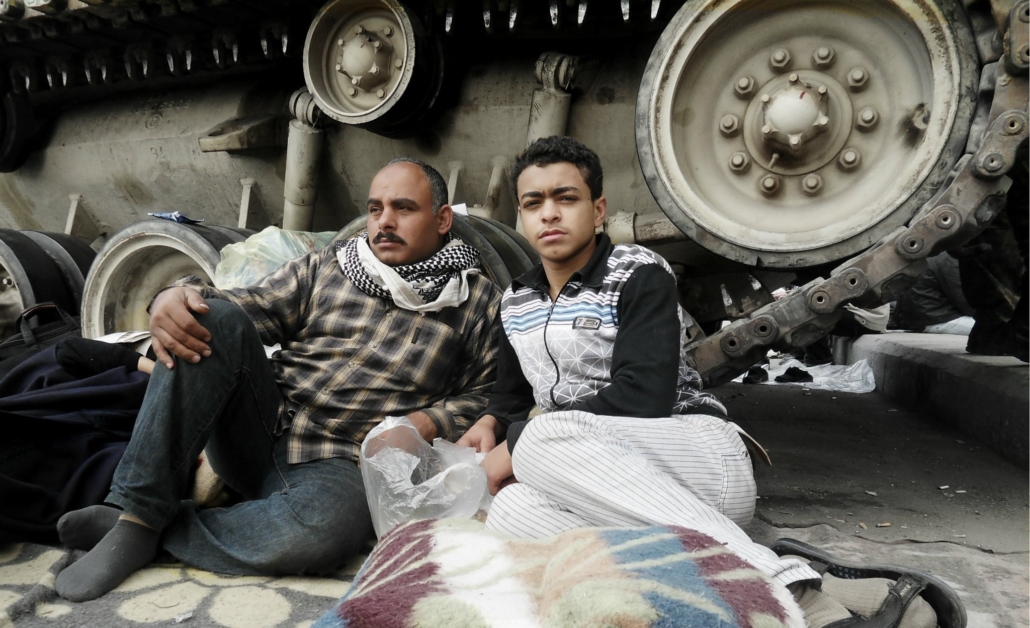 On February 11, 2011, the chant of the people echoed throughout Tahrir Square. The screams of “Ash-shaʻb yurīd isqāṭ an-niẓām,” translated as “the people will topple the regime,” had inundated the despot. But the regime has proven more difficult to expunge. Today, the Arab Spring in Egypt has failed. Since the 2011 protests, the poverty rate in Egypt has risen from 25% to 33%. The state has fomented religious persecution in the name of antiterrorism and is discouraging private media.

In 2011, a series of uprisings known as the Arab Spring swept across the Middle East. In Tunisia, when authorities confiscated the cart of a street vendor named Mohammad Bouazizi, a video circulated of Bouazizi self-immolating in protest. According to authorities, Bouazizi lacked the proper paperwork. A female officer allegedly slapped him. Bouazizi’s plight was emblematic of a youth problem across the Arab world.

In Tunisia, the poverty rate was 14.7% and most of that number consisted of youths, many of whom had an education. After a visit from Ben Ali, the president of Tunisia, in which Ali feigned concern for Bouazizi’s grievances, the street vendor died. The death of Mohammad Bouazizi sparked a revolution across the Arab World. In Egypt, the situation was worse. Approximately 20% of Egyptians lived below the poverty line and another 20% lived near the poverty line.

In 2010, an Egyptian man named Khaled Said videotaped two policemen allegedly consuming the spoils of a drug bust. The policemen later found and mutilated him. His death sparked even more indignation toward repression in Egypt. He became a symbol of brutal government repression under Hosni Mubarak.

In his youth, Mubarak rose up the ranks of the military until he eventually became commander of the Egyptian Air Force in 1972. Subsequently, he became vice president of Egypt. During this time, Islamic extremists murdered President Anwar Sadat, and Mubarak witnessed his assassination. Sadat’s death made an indelible impression on Mubarak. It made him desire the preservation of power at all costs. He became president in 1981 and immediately issued an emergency law.

Mubarak would give the Egyptian police and the military sweeping powers to crack down on any perceived threats, including opposition from the Muslim Brotherhood.

Mubarak’s economic policies also encouraged major disparities between the rich and the poor in Egypt. Because of the government’s reliance on foreign aid, the IMF and the World Bank urged the Mubarak regime to adopt neoliberal principles based on privatization, subsidy cuts and deregulation. These policies encouraged severe inequality, which ignited massive protests consisting of hundreds of thousands.

On February 11, 2011, the recently appointed vice president of Egypt, Omar Suleiman, announced that Mubarak would willfully resign from his position as president. Many thousands celebrated in Tahrir Square. Today, however, a military strong man has once again wrested power from the people.

From Morsi to Sisi

By 2013, most people had become vehemently opposed to Mubarak’s replacement, Mohammad Morsi, for his 2012 constitutional declaration, which placed him and his edicts above judicial review. Thus, the military led a popularly supported coup against the first democratically elected Egyptian president; the man who would replace him was named Abdel Fatah Al-Sisi.

Sisi would brutally crackdown on the Muslim Brotherhood and liberal activists, accusing them of terrorism and libel. These actions have led to increasing numbers of political prisoners. In 2019, Egyptian businessmen Muhammad Ali accused the government of siphoning its resources for vanity projects and luxury lifestyles, including building palaces on state funds. Regardless of the validity of these accusations, government resources are not reaching the poorest in society, with a poverty rate of 33%.

Although uprisings have been prevalent long before the advent of social media, social media is undoubtedly a potent weapon to expedite revolution. For men like Hosni Mubarak and Ben Ali, the unfettered voice of social media was insurmountable. Now, in the case of President Sisi, it is only a matter of time before the opposition becomes insurmountable. Whether this is reason to believe the regime will fall with him is another question. For now, various NGOs such as the Egyptian Initiative for Personal Rights (EIPR) are exposing the repression of civil society in Egypt. Such work could have immeasurable effects. 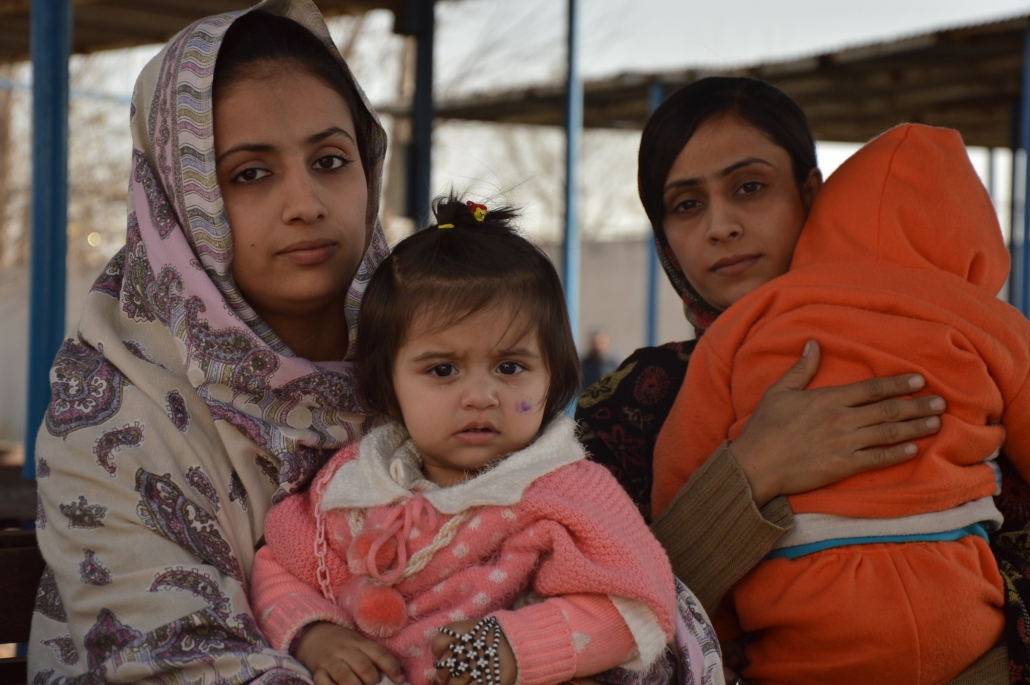 When resolving conflict in the face of war, women are noticeably absent. Throughout history, however, women have occupied important roles during wartime, including as soldiers, politicians, factory workers and even baseball players. People often exclude women and under-represent them among the governmental and conflict-resolution side of the war. Between 1990 and 2017, 92 percent of all peace negotiators were male. Accordingly, the perspectives and interests of women are disproportionately missing, even when war affects women just as much, if not more than men.

Evidence suggests that including women in peace negotiations significantly reduces the presence of violence and aids in bringing peace. Some evidence goes so far as to say that when others include women in negotiation, there is a 70 percent chance that peace will stay for 20 years, compared to a 25 percent chance if only men participate in the conversation.

The “Women, War and Peace” Docuseries

“Women, War and Peace” is a docuseries that began with the idea that when women are part of peace processes, the outcome is often more peaceful for a longer period of time.

Produced by Abigail Disney and a team of all-female executives, the first season of “Women, War and Peace,” which first premiered in 2011, follows female peace negotiators in Afghanistan, Liberia and Northern Ireland. With tactics ranging from sit-ins, mass rallies and negotiating around a table, despite challenges and doubts of their legitimacy, the women attempted to convince leaders of their worth and usefulness in wartime proceedings.

Season two, which premiered in 2019, follows the stories of women in Gaza, Haiti and Egypt. In one episode, directors Geeta Ganbhir and Sharmeen Obaid-Chinoy told the story of one of the only all-female peacekeeping units in the world. One hundred and sixty Bangladeshi women traveled to Haiti following the 2011 earthquake where they encountered devastating poverty and ravaged health care systems and attempted to stabilize peace in the country. Another episode followed three Egyptian women in the height of the Arab Spring, struggling to restore peace in the crosshairs of the military and the Muslim Brotherhood.

What Disney Hopes the Docuseries Achieves

In addition to the general public, people use the series for educational purposes, teaching women and all individuals about political advocacy, female empowerment and gender equality. Most of all, the docuseries is a look into the realities of war.

In an interview for Women and Hollywood, the interviewer asked Abigail Disney what she would like viewers to take away from “Women, War and Peace.” She responded, “I would love people to take a moment and ask themselves what they understand about war. What do they believe happens in war, and what is war about to them?” “Women, War and Peace” is a look at war through the perspectives people usually ignore. Disney and the production team of the docuseries aim to dispel the heroism and nobility that many perceive in war through movies, stories and myths. Rather, through the eyes of women working towards peace, viewers of the docuseries see what victims of wartime see. In Disney’s words, the “high-minded view of war” is impossible “through a woman’s eyes.”