Tag Archive for: The Alliance for Gender Inclusion 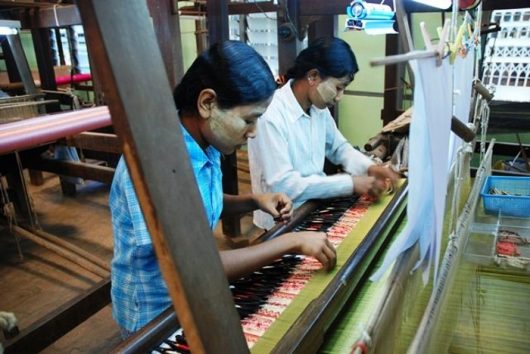 Since winning independence from colonial rule in 1948, ethnic conflict in Myanmar has plagued the country. Myanmar endured the world’s longest ongoing civil war, in which the ethnic Bamar Buddhist majority living in the central valley has tried to control other groups living in the mountainous outskirts of the country.

An impressively free election in 2015 gave power to Daw Aung San Suu Kyi of the National League for Democracy (NLD). The foremost goal of the administration is to end the decades of ethnic conflict, but the complexity of these issues does not allow for easy solutions.

The Alliance for Gender Inclusion in the Peace Process works to promote women’s rights and gender equality as a method to end Myanmar’s ethnic conflict.

Obstacles to women entering decision-making roles include the prevalence of gender violence and entrenched societal expectations that women must play supporting roles in society. Myanmar’s constitution condones discrimination, with section 352 stating “nothing…shall prevent the appointment of men to the positions that are suitable for men only.” Women are frequently characterized as “decorative.”

The conflict affects women, men and children differently since they occupy different roles in society. Men are susceptible to combat-related injuries, while women bear the burden of sexual violence, damage to property, and mental trauma. Despite these obstacles, women take an active role in mitigating the damage done by the conflict in Myanmar.

Women have convinced conflicting groups to fight in locations farther from villages. They have also protected men and children by sending them away or hiding them and stepped up to keep the village functioning as their men fled for safety. Excluding women from the peace process prevents the perspective and experiences of 52 percent of the population.

Women better understand the impact of conflict on women, children, the disabled and the elderly. The role of men in these conflicts effectively prevents them from being able to effectively represent large portions of society in negotiating solutions.

International research has shown that women tend to best represent marginalized groups. According to a study by the United Nations, women participating in the decision-making process is a crucial element for achieving sustainable peace.

Involving women in political processes is also an effective strategy for countering extremism. Extreme religions tend to restrict women’s rights, but funding and supporting women weakens the influence of extremists.

In Myanmar, women have crucial roles in dealing with and responding to conflict, and the efforts supported by the Alliance for Gender Inclusion in the Peace Process are a promising step in the right direction to ending decades of conflict in Myanmar.