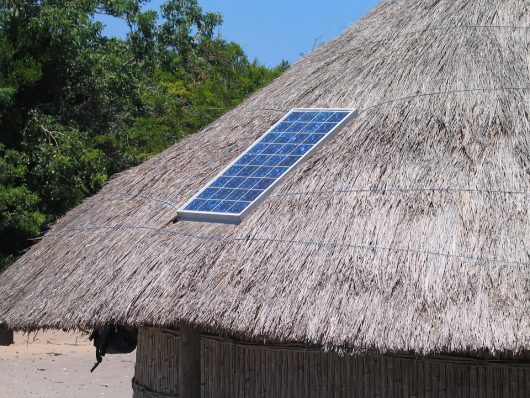 The Africa Progress Panel is run by 10 members and founded in 2008. Kofi Annan, recipient of the 2001 Nobel Peace Prize and one-time United Nations Secretary-General, serves as chairman for the panel.

The remaining members come from all walks of life and numerous professional backgrounds. Politicians, economists and advocates representing organizations such as the International Monetary Fund and The World Bank make up the Africa Progress Panel.

The overarching mission of the panel is to “advocate for equitable and sustainable development for Africa.” The organization’s advocacy covers numerous areas, including agriculture and education, but the group’s most recent focus is energy.

Africa’s natural resources represent a great opportunity for renewable energy to prosper in the continent, but millions of Africans continue to live without access to electricity. The role of the Africa Progress Panel is to influence African governments and international entities, such as The World Bank, to invest in low-carbon or renewable energy projects that move away from the dangers of fossil fuels and bring quick and widespread energy access to citizens.

In this report, the panel outlines a number of proposals to governments, organizations and companies both inside and outside of Africa. These recommendations include terminating subsidies for fossil fuels, creating new urban centers with renewable energy in mind, setting higher goals for energy production, increasing international financing and enhancing both innovation and transparency.

Thankfully, the panel’s recommendations are taking hold — Africa is quickly becoming a hotbed of renewable energy. Solar, wind, hydroelectric and geothermal projects are expanding across the continent as countries begin surpassing their benchmarks for energy expansion and financing.

A recent article by CNN explores many of these projects, including the Olkaria Geothermal Power Plant in Kenya, which will eventually energize more than 250,000 homes throughout the country, and Rwanda’s Solar Power field, which brings electricity to 15,000 households.

Many Africans are extremely dependent on agriculture, as it is one of the continent’s largest industries. The Africa Progress Report 2015 expressed that the inconsistent availability of energy is damaging yields for farmers and forcing them to use techniques that are harmful to the environment. New technology will not only bring electricity to countless homes, it will also re-energize agriculture in Africa by helping to produce more food and protecting the ecosystem.

This rise of renewable energy in Africa will introduce light to the dark, impoverished and long-forgotten corners of the continent.