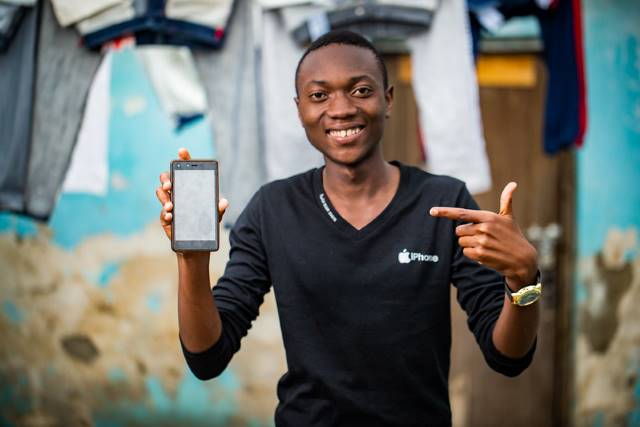 Over the last two decades, cellphone ownership has steadily increased, with 73% of the world having mobile broadband connections in 2020. In response to this trend, a group of Canadian and Ghanaian engineers founded Viamo in 2012. Viamo is a social enterprise that uses mobile technology to distribute educational materials and compile data. Operating in more than 20 African and Asian countries, Viamo reaches millions of people a year. Over its eight-year existence, Viamo’s services have diversified thanks to partnerships with more than 500 organizations.

This toll-free service offers educational content and interactive training through interactive voice response (IVR). IVR is an automated system that communicates with the listener through prerecorded or synthetic speech, thus removing the need for literacy. Furthermore, Viamo translates all content into local languages so it can reach the largest number of people.

Many of the partner projects that Viamo undertakes end up on the 3-2-1 Service once completed. For example, Viamo’s partnership with the International Maize and Wheat Improvement Center (CIMMYT) to create Link It, a mobile service meant to connect farmers to markets in Nepal, saw the finished product integrated into the 3-2-1 Service platform.

Another example comes from Mozambique, where Viamo partnered with a coalition of groups including Chemonics and USAID to create a storm warning system. This system has been a part of Mozambique’s 3-2-1 Service since its creation in 2016.

Besides these, Viamo’s services through 3-2-1 include audio dramas, news and children’s educational programs.

The diversity of the 3-2-1 Service has garnered it more users than Facebook in some countries, with thousands of people utilizing it at any point in the day.

With the help of Viamo, Peripheral Vision International established Wanji Games. These edutainment games feature branching path narratives, where listeners role play scenarios ranging from navigating gender-based violence (GBV) to managing money. By exploring a scenario’s different endings, the player can gain a deeper understanding of the subject matter to apply it to their lives. Since these are accessible via the 3-2-1 Service, these games are free to play.

Viamo’s relationship with network operators grants it the benefit of having access to customers’ demographic information. As such, Viamo can distribute surveys and polls to achieve a sample representative of the general population. Furthermore, since network operators disclose a customer’s geographical location to Viamo, it can map the results.

Due to the conflict in South Sudan, the government has prohibited journalists from reporting in the country. To bypass this issue, Viamo and Forced Out created a phone survey to measure the displaced population in South Sudan. The survey found that the war had displaced more than 40% of the nation’s population. This provided the international community with statistics to properly gauge the scope of the refugee crisis.

Viamo also has a variety of call centers integrated into the 3-2-1 Service. One instance of this is Legal Aid Forum Rwanda. Victims can call the call center to get legal advice and possibly get connected to a lawyer who could represent them for free.

Viamo’s services have reached more than 10 million people. With plans to expand into new areas, such as Latin America, Viamo will continue to have an impact in the foreseeable future.