Tag Archive for: The 2030 Agenda for Sustainable Development 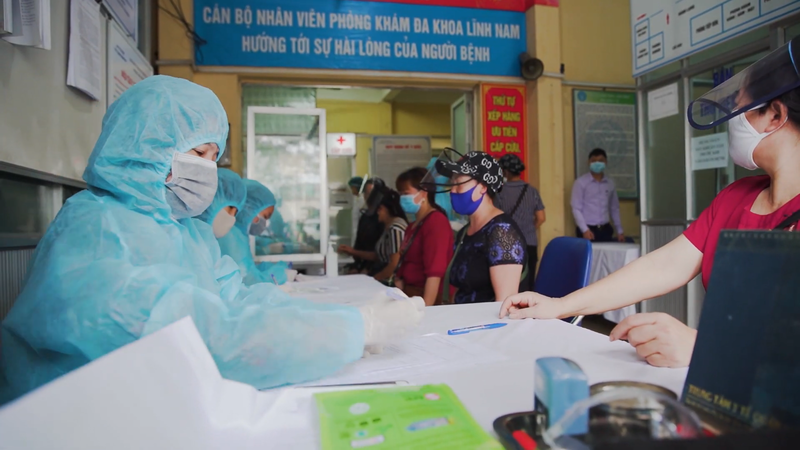 The Sustainable Development Goals (SDGs) are 17 goals that the United Nations Department of Social Affairs created in 2015 to set up a path for countries to follow to end poverty, improve health and education, create economic growth and reduce inequality by 2030. Disruption of these goals occurred with the emergence of COVID-19 in 2019. COVID-19’s impact on the Sustainable Development Goals (SDGs) means that the following goals are in need of even more assistance. The U.N. Department of Economic and Social Affairs is working with countries to accomplish the following 17 goals:

The 2030 Agenda for Sustainable Development is a plan of action that seeks to create a strong, peaceful planet with a main focus on eradicating poverty. Many consider it the “greatest global challenge and indispensable requirement for sustainable development.” This 2030 agenda demonstrates the targets set out to accomplish in 15 years that involve economic, environmental and social empowerment. The 17 SDGs are associated with 169 associated targets that world leaders pledged to work on. These goals and targets came into effect on January 1, 2016, to guide countries in achieving the SDGs by 2030. However, COVID-19’s impact poses serious concerns for reaching the SDG goals established in the 2030 Agenda for Sustainable Development.

The Impact of COVID-19 on the Sustainable Development Goals

The SDG Summit in September 2022 revisited the 2030 agenda to review the status of the 17 SDGs. The Summit noted that COVID-19’s impact on the SDGs has been huge as each goal experienced setbacks. The pandemic erased more than four years of progress against poverty (SDG 1) and one out of 10 people suffers from hunger as food security increases worldwide (SDG 2). Additionally, COVID-19 infected more than 500 million people worldwide and led to 15 million deaths (SDG 3). It also disrupted health services in 92% of countries and stopped progress toward universal health coverage (SDG 3). Global life expectancy and immunization coverage have also decreased (SDG 3). Meanwhile, the global learning crisis increased as 147 million children missed in-person school (SDG 4) and women accounted for 45% of global employment losses in 2020 due to the pandemic (SDG 5).

As of 2019, more than 733 million people lived in countries with high levels of water stress (SDG 6). Additionally, new waves of COVID-19 impacted the global economic recovery and global unemployment will remain above the pre-pandemic level until 2023 if not longer (SDG 8). The passenger airline industry experienced a loss of half its customers after 2019 (SDG 9). The pandemic caused the first rise in income inequality between countries in a generation (SDG 10). The pandemic led to 90% of the world’s fishers who have employment in small-scale fisheries in need of accelerated support (SDG 14). Meanwhile, the COVID-19 recovery spending has hugely neglected biodiversity (SDG 15). Developing countries face obstacles during the pandemic recovery because of the rising debt burdens (SDG 17).

According to the U.S. Global Leadership Coalition’s assessment of the world before COVID-19 in comparison to the world two years into the global pandemic, COVID-19 has pushed the target to meet the SDGs back to nearly two decades. The time to accomplish the SDG goals has changed from 2030 to 2092. Before COVID-19, one out of 45 people worldwide needed humanitarian assistance but now one in every 28 people worldwide is in need of humanitarian assistance. In regard to poverty, the pandemic increased the number of people living in poverty from 650 million worldwide to 700 million.

In response to the COVID-19 pandemic, the U.S. Congress allocated $18 billion to emergency COVID-19 international response funds. This money goes to support humanitarian and global health needs around the world. In addition, USAID and the U.S. State Department committed more than $1.6 billion to emergency assistance in more than 120 countries that are considered the most at-risk facing the pandemic. The money protects health care facilities, supports laboratory work, disease-surveillance and addresses the secondary impacts of the pandemic like increased hunger and poverty. The United Nations created a $10.3 billion campaign to support testing and laboratory needs in 60 of the world’s vulnerable nations.

The World Bank has also provided $160 billion to support 100 developing countries as they respond to the pandemic’s social, economic and health impacts. Other entities aiding countries experiencing crises due to COVID-19’s impact on the SDGs are private philanthropy and foundations like the COVID-19 Solidarity Fund, which has raised more than $246 million for COVID-19 preparation and response efforts. In July 2022, The High-Level Political Forum on Sustainable Development pushed for a new, accelerated plan in order to progress toward the SDGs after COVID-19. With the help of U.S. aid programs, global and multilateral institutions, private philanthropy and foundations, aid is available and increasing with the hope that the world will achieve the 17 SDGs despite COVID-19’s impact on the Sustainable Development Goals. 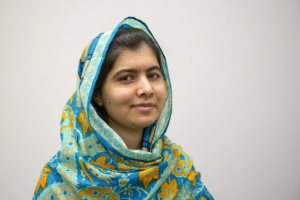 The world seems to be dwindling under a series of historic shocks. Beginning with a global pandemic in 2020 and moving to a new war in Europe as well as significant changes in abortion legislation in the U.S., many parts of the world are moving into an energy crisis. With wealthy nations having their hands full with domestic issues and geopolitical antagonism, developing countries are on their own. Here is why foreign aid in times of crisis is a critical issue and what some are doing about it.

When globalization is on the decline, poorer countries often end up on their own. That puts the countries in a position where they have to find countries and organizations that are still willing to provide foreign aid in times of crisis to them after wealthier western countries have disregarded their needs. Instead wealthier western countries defaulted on their promises to raise living standards and increase national security. With the world becoming increasingly fragmented with a lack of genuine cooperation, global welfare and security are at a large risk. Further, global issues, such as the climate crisis, that require a joint effort from as many nations as possible, will be even harder to address.

Whilst changing weather patterns are a hurdle that every country needs to face and adapt to, it is the low-income countries that carry the brunt of it. Especially, the sub-Saharan regions in Africa that such weather phenomena affect leading those regions to be reliant on long-term investment. A study that the IMF conducted has shown that one draught can decrease an African country’s medium-term economic growth potential by one percentage point. Meanwhile, savings from long-term investments that go towards improving resilience and coping mechanisms have proven to be of great significance. Some of the coping mechanisms include improved seed varieties, durable health systems and refined access to finance and telecommunications.

In Ethiopia alone, farmers’ yield increased by 40% as a result of improved seed varieties that proved resistant to rust, a fungus. Unfortunately, countries that face challenges of adaption most often do not possess the means to do so. The farmers lack funding and institutional capacity, hence why it is down to the international community to prevent changing weather patterns from threatening development and stability in low-income countries.

The COVID-19 pandemic has cost 15 million lives and pushed 100 million people into poverty in 2020 alone. The pandemic demanded a unified response across nations, constituting large amounts of foreign aid in times of crisis, to prevent a setback in human development and human rights. Yet, that did not happen. Instead, developed countries injected trillions of dollars into their own recovery, leaving poorer countries to mend themselves. It does not come as any surprise that in May 2022, 72% of people in high-income countries received at least one dose of the COVID vaccine, contrary to 17% in low-income countries.

With developing countries entering the pandemic with lower fiscal buffers than they had in 2008-09, in the aftermath they are now faced with unequal recovery, effects of the climate crisis and economic shocks to food, fuel and financial markets. Arguably, the neglect of the global responsibility that wealthy countries cause this. The U.N. Secretary-General António Guterres’ stressed to the Economic and Social Council segment on operational activities for development, in New York, in May that “In a world of crisis, rescuing the Sustainable Development Goals (SDG) is more important than ever.”

The 2030 Agenda for Sustainable Development

More encouraging is the 2030 Agenda that the United Nations developed which constitutes a reformed development system to provide foreign aid in times of crisis that matches countries’ needs and priorities. No poverty, no hunger, good health, quality education and gender equality are only some examples of the 17 Sustainable Development Goals (SDGs) that aim to accelerate progress in low-income countries.

To promote substantial change, funding is necessary. With less than 10 years left, world leaders at the SDG Summit in 2019 promoted “A decade of action and delivery for sustainable development”. This represents the kind of innovative, cooperative model the world needs to rekindle relationships, strengthen organizations and expand financing in times of crisis.

In an attempt to ease the burden COVID-19 and other shocks have put on low-income countries, the world has introduced the Debt Service Suspension Initiative (DSSI). The initiative suspended $12.9 billion in debt-service payments for 48 participating countries, allowing them to focus their financial capacities on protecting the lives and livelihoods of their citizens.

The multitude of crises and complexity of domestic and global issues that the world is facing has led to a demand for stronger leadership and cooperation at all levels. Moreover, the bar is rising higher for the wealthier nations to live up to their responsibility to lower-income nations by providing enough funding to prevent setbacks in human development and promote sustainable progress.