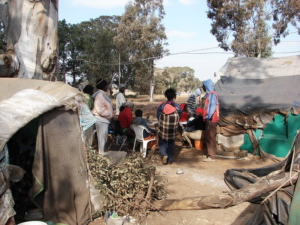 Burundi is a country in East Africa comprising three ethnic groups of the same cultural background, history and language. The Hutu and Tutsi groups are responsible for years of war that plagued the Burundi communities. After 12 years of war, a ceasefire went into effect in 2005, ending the Burundian Civil War. However, Burundian refugees are just now returning to their homes after initially fleeing their violent living conditions.

The Civil War left approximately 200,000 people dead, and many displaced. To prevent attacks, civilians had to enter camps, which resulted in malnutrition, disease and death. The war resulted in a 19% increase in poverty between 1994 and 2006. According to the World Food Program (WFP), Burundi is one of the world’s poorest countries, with more than 50% of the population living in poverty.

The Fleeing of Burundian People

Many Burundians fled to surrounding countries due to the war, political inconsistency and human rights violations. Hundreds of thousands of refugees have fled Burundi since 2015. Many refused to return until it was safe.

The majority of Burundian refugees, more than 200,000, resided in Tanzania. Rwanda hosted more than 80,000 in the Mahama camp, and the Democratic Republic of Congo (DRC) held 45,000.

Underfunding became an increasing problem with many of the refugees living in camps. People had limited access to resources such as food and classrooms, and shelters began to deteriorate. Experts determined that approximately 2 million people in Burundi were food insecure during October 2017.

The Efforts to Make Refugees’ House a Home Once More

Although the United Nations Refugee Agency (UNHCR) and partners have not encouraged refugees to return, they are working with relevant governments to assist those who do return to Burundi. In 2018, UNHCR and its partners launched a Burundi Regional Refugee Response Plan for that very reason of support. More funding is necessary to sustain a large amount of returning refugees.

Included in the refugee return package are household items, three months rations, cash and non-food items. The cash grant increased in 2020 from $75 to $150 an adult and $35 to $75 a child. The increase is to ensure sustainability for three months.

President Ndayishimiye’s call for refugees to return home finally occurred in June 2020. Since then, convoys of around 1,500 refugees are arriving in Burundi every week. Now that the political tension has subsided, refugees have the opportunity to return safely.

Additionally, the community developed a joint response plan along with Burundian authorities to ensure a stress-free return, a safe environment and access to food, shelter, water and sanitation, education, health and job opportunities.

Even amid the COVID-19 pandemic, UNHCR and partners are working to ensure a safe transition from camps to Burundi. COVID-19 symptom checks, rapid tests and social isolation are all mandated.

Overall, the success of this plan is dependent solely upon funding. Burundian refugees could potentially build their lives and create stability with support from the community itself, UNHCR and partners and the Government of Burundi.