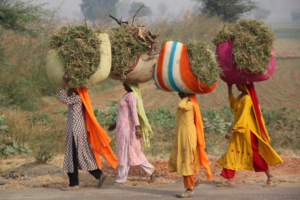 Although there have been steps toward equal rights for women, some countries are struggling more than others. In Liberia, gender disparities and imbalances are common. To put it another way, there is little appreciation or recognition for the contributions of women to the Liberian community. However, progress has occurred in regard to improving women’s rights in Liberia and gender equality.

The Root of Inequality

In Liberia, traditional and religious insight impacts gender inequality and the neglect of women. This leaves women underrepresented, uneducated and undermined. Gender inequality plays a major role in the rights of women. They have no one to advocate for their rights but themselves. This would not be as unfortunate if women had a right to equal education. While contributing all of their time to family and working, women have less time to focus on education and social life. Furthermore, the stringent roles and responsibilities of women have prevented them from being able to partake in society and benefit development.

The Roles of Women

Women account for more than 50% of the labor in agriculture, cash production and food crop production, along with marketing and trading in Liberia. Despite their heavy role in the workforce, private and public sectors do not even honor the law of allowing pregnant women to go on maternity leave. They are also responsible for taking care of the household and doing additional work on the side, such as gathering wood and water. Despite their roles in agriculture, women own less property and have no other option than to be dependent on male relatives. The discrimination in land ownership is due to biases in the formal legal framework and customary law. Men are also more likely than women to inherit the land, control decision-making, allocation, management and the use of land.

Besides a woman’s role economically, they also experience a high risk of violent behavior against them in Liberia. These acts of violent behavior can include female genital mutilation, wife burning, dowry-related violence, rape, incest, wife battering, female femicide, female infanticide, trafficking, early marriage, teenage pregnancy, execution and prostitution. Any violence against women is a human rights violation according to the Geneva Conventions. The Geneva Conventions and their protocols provide protection against discrimination against women, allowing women to be equal to men under the Humanitarian Law, subsequently improving women’s rights in Liberia.

Another aid established is the 2009 National Gender Policy, which fights to abolish all gender issues. The main goal is to form a fair society where girls and boys along with women and men enjoy their human rights equally on a basis of non-discrimination. In other words, where the full potentials of all, regardless of sex, are harassed toward achieving unprejudiced rapid economic growth which includes equal access to social, financial and technological resources.

Inconsistency in the national legislature has delayed the implementation of the National Gender Policy. After President Ellen Johnson-Sirleaf became Africa’s first female president, men began to recognize the possibility of a woman in power. As the President of Liberia from 2006 to 2018, she secured millions of dollars in foreign investment. She also formed a Truth and Reconciliation Committee to investigate corruption and heal ethnic tensions.

The history and roles of women in Liberia are what drive the ongoing evolution of women’s rights. The more women who have representation, the better the chances are for their rights. Changes start as small policies and fill bigger shoes such as presidencies. Although improvements are still necessary, any is better than none at all.