Tag Archive for: The 2006 Prohibition of Child Marriage Act 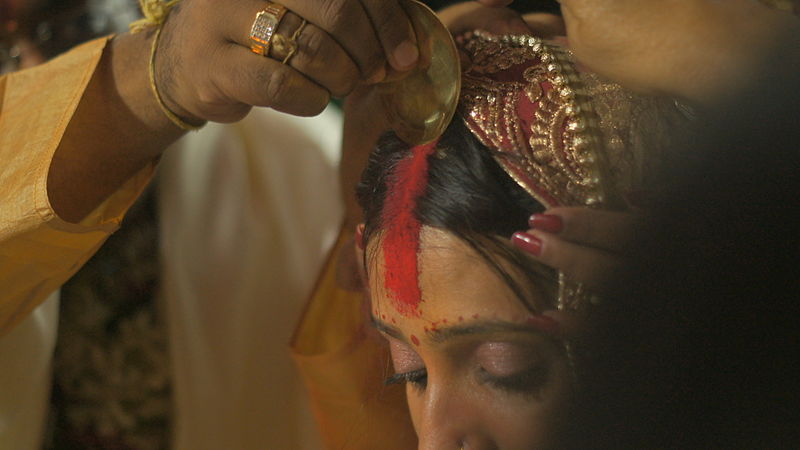 Soon after her wedding to a man seven years older than her, 14-year-old Muskaan told Delhi photojournalist Saumya Khandelwal that her marriage “had to happen.” Muskaan, who is from India’s most populous state of Uttar Pradesh, reflected on the region’s social acceptance of child marriage in India.

Despite India’s attempts to curb child marriage through legislation, the damaging practice persists. About 27% of all Indian girls marry before their 18th birthday, with this statistic being higher in rural areas. Meanwhile, the northern states of Bihar and Rajasthan see between 47% and 51% of their young girls married as children.

Still, progress has occurred. While almost 47% of Indian girls 18 and younger married between 2005 and 2006, this rate dropped to 18% between 2015 and 2016. Key influences have been government programs that promote women’s education and empowerment. The improvements were undoubtedly clear and especially impactful in increasing the presence of women in higher education and the workforce, paving the way for a generation of independent and educated young women. However, local developments under COVID-19 have unearthed the social acceptance of child marriage in India and the factors that erode local approval.

India’s official COVID-19 case count stood at a staggering 32.2 million as of August 14, 2021. The country faced a four-phase lockdown in 2020 along with several states instating rigid curfews. The economic impacts of these necessary public health measures have been disastrous as the Indian government estimates that the nation’s GDP shrank by almost 8% since the beginning of the pandemic. Meanwhile, up to 75 million people have slipped into poverty, only earning a meager income of 150 rupees or around $2 per day.

Specifically, the Indian informal economy seems to have taken the hardest hit. Comprising farm workers, construction workers and migrant laborers, this sector has no access to political support or union representation. With meager amounts of government aid reaching these vulnerable workers, many headed back to their homes in rural India hoping for reduced living costs.

Many of the Indian government’s schemes to help lower-income families centered around schools to encourage education. Government-run schools provided breakfast and lunch to their students free of cost prior to the pandemic, but with students learning from home, the program quickly ended. Parents who sent their daughters to school received compensation under one of the “Beti Bachao, Beti Padhao” campaign’s many programs in 2015.

However, the education programs faced a lack of funding despite being instrumental in balancing the male-female sex ratio in 108 districts. Simply put, the government’s programs have not met their full potential, limiting how well Indian leaders can address child marriage. The pandemic has only worsened access to the Indian welfare system, especially for migrant workers from rural areas who see child marriage as a solution to better their daughters’ financial opportunities.

Families facing dire financial situations often contemplate marrying their young daughters off to men who belong to local, stable families. A daughter’s departure from her home means that her parents no longer have to provide her with food, clothing and education. Provided she is young and healthy, she may marry a groom with plenty of money to provide for her needs. For parents burdened with the pandemic’s economic consequences, the route seems appealing.

Many parents view marriage as a way to provide stability for their daughters in a country with much gender-based violence. Police reports from investigations into local child marriages show that parents of young girls worry that letting them go to school and work while being unmarried may signal their availability to predatorial men.

This mindset typically prevails in rural areas. Data from Bihar, an Indian state that reports the highest number of child marriages, has shown that 44.5% of women from rural areas married before the age of 18 from 2015 to 2016 compared to 29.1% of women from urban areas. In rural areas, the local community has united and affirmed that marriage provides financial security, respect and safety to young girls.

Landmark legislation such as the 2006 Prohibition of Child Marriage Act (PCMA) has created a jail sentence of up to two years for parents and village elders authorizing illegal child marriages in India. The act also established local committees to intervene in individual cases but left enforcement up to state governments. In many cases, state officials simply did not appoint committee members or assigned committee work to social workers with already high caseloads. While child marriage statistics have been continually dropping, much of this progress is due to similar growth in literacy and access to education instead of PCMA’s impact. Indian legislation is powerful, but it faces setbacks in actualizing its potential.

Currently, local police are instrumental in stopping child marriages by arriving on the scene and arresting elders arranging weddings, but they work through anonymous tips and face resistance from locals. They are unable to stop all child marriages or truly fight the mindset of parents. Specialized teams with social workers will be able to communicate with parents and village elders and prevent future weddings. It is important that these groups receive funding and support from global governments as these solutions stretch beyond simply sending individuals to jail — the true solution to child marriage in India is through changing mindsets.

Despite determined attempts by the Indian government to limit child marriage in India through legislation, the destructive practice still continues. The COVID-19 pandemic has unearthed the economic and social motivations that drive child marriage forward in Indian society. Solutions include realizing the potential of legislation and promoting the presence of social workers and NGOs working on the ground to change the social acceptance of child marriage in India.