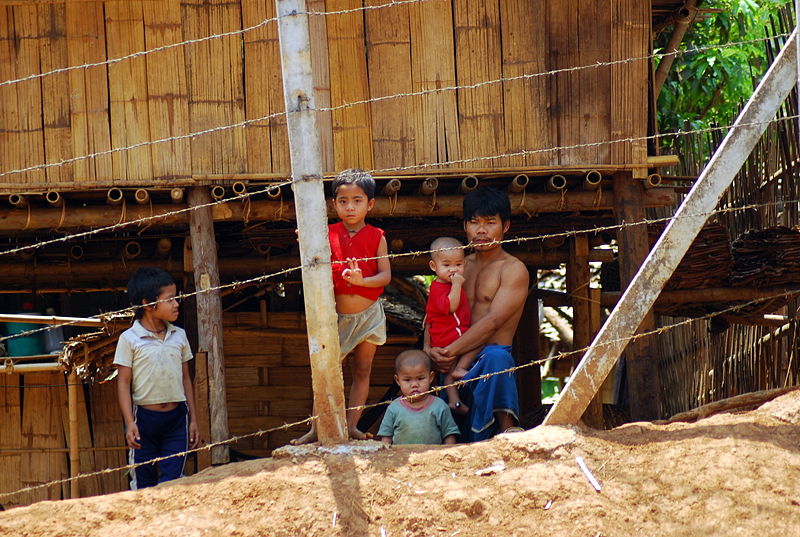 In February 2021, a military coup in Myanmar removed the country’s democratically-elected President from power and instated an autocratic regime that the Tatmadaw controlled. In response, citizens organized massive protests against the military institution which continued into 2022. Politicians and reporters have given Myanmar significant attention following the political upheaval, as refugees leave in droves to neighboring countries like Thailand, continuing a migration trend that has persisted for decades. Additionally, as of January 2022, UNHCR has estimated that there were 91,408 Myanmar refugees in Thailand. However, crossing the border is not a solution in and of itself, especially since Thailand’s government offers limited protections to those seeking asylum.

The Dynamics Between Myanmar-Thailand

Myanmar is far from the only dictatorship in Southeast Asia. Thailand shares a fluctuating political record. Despite ongoing student protests, the current “semi-democratic” regime allows the monarchy and military to maintain a tight grip on domestic politics. Not only has the government subjugated its own people, but it exacerbated the poor conditions of refugees in Thailand.

In addition to certain political similarities, the leaders of the Tatmadaw and the Royal Thai Army have worked together to govern illegal activities along their shared border. Additionally, unlike other Southeast Asian countries, which have largely condemned the junta in Myanmar, Thailand has committed to a diplomatic approach to its conflict-ridden neighbor and has “refrained from criticizing the junta” despite its human rights abuses, according to The Diplomat. This dynamic also shows through the close relationship between Myanmar’s coup leader, Senior General Min Aung Hlaing and the late president of Thailand’s Privy Council, General Prem Tinsulanonda.

Since the nature of Thailand’s government, people fleeing Myanmar receive no guarantee of personal safety. Refugees are unable to legally work, leaving them wholly dependent on aid and the camps where they live lack necessary resources including food, education and health services. On top of that, Thailand’s Immigration Act categorizes all refugees in Thailand as illegal immigrants, which makes them vulnerable to arrest and deportation regardless of international norms, according to UNHCR.

As a result, Thailand has sent thousands back to Myanmar. This number includes a group of more than 3,000 who had settled in tents on the Thai side of the Thaung Yin River. These people involuntarily returned to Myanmar territory, where they could face political or ethnic persecution on top of poor living conditions with limited access to clean food and water.

While the close ties between Thailand and Myanmar’s governments coincide with their shared human trafficking agreements, both states exclude Rohingya migrants from their policies. This creates an environment rife with human trafficking in both states, as government officials knowingly and illegally traffic refugees into third countries.

The international community could take action to protect those fleeing Myanmar, and in some ways, it already has. A joint statement from several aid agencies called on international governments and organizations to meet the needs of Myanmar citizens and refugees. The statement drew attention to all the displaced people and asylum-seekers lacking shelter, food, water and other basic needs. It also called on the Association of Southeast Asian Nations, of which Thailand is a founding member, to “formulate a clear action plan” that would lead to “the immediate cessation of violence in Myanmar,” according to the International Rescue Committee (IRC).

Furthermore, UNHCR urged Thailand to extend greater humanitarian aid to asylum-seekers in its borders and offered assistance, as did several humanitarian non-government organizations.

In addition, the U.S. Senate is currently deliberating the BURMA Act of 2021, or S.2937, which would protect refugees’ basic rights, provide access to higher education in refugees in Thailand and provide humanitarian aid to social and ethnic groups in Myanmar and Thailand. The U.S. has already led bipartisan efforts to encourage democracy in Myanmar and it seems that it will continue to do so in 2022.