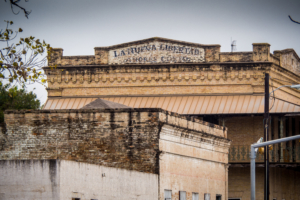 Last year, the United States Census Bureau, the federal statistical system that gathers information on the American people and economy, reevaluated a list of the country’s poorest cities. Topping the ranks was Brownsville, Texas, which passed McAllen, Texas, to become one of the most unprosperous places in the United States.

Brownsville is located at Texas’s southernmost tip, where it boarders Mexico and resides mere miles west from the Gulf of Mexico. Being so close to Mexico, Brownsville residents see immigration, as well as the often sorrowful lives of immigrants, firsthand. Violence from drug cartels is present as well.

Poverty, of course, is not restricted to non-U.S. citizens. The estimated median household income in Brownsville is only $29,619 per year. This is well below even Texas’ median income, which is $50,740.

To get a sense of the range in wealth of the states, look at median incomes across the board; Maryland is the wealthiest state, with a median household income of $70,004, while Mississippi is the poorest, with a median household income of $36,919. These statistics were updated in 2011. Even $36,919, the poorest state median, is well over Brownsville’s average.

Although income is not always a precise correlate to poverty, there is overlap. For one, low income may reflect low levels of education. In Brownsville, only 17.9 percent of residents over the age of 25 have a bachelor’s degree or anything of equivalent academic value; 4.9 percent have graduate or professional degrees and 14.5 percent are unemployed.

In 2012, the per capita income was $14,313, putting roughly 36 percent of Brownsville’s population below the poverty line. For a four-person family consisting of two adults and two children, the threshold for census reported impoverishment is an annual income of $23,283, nearly nine grand over Brownsville’s per capita income. This figure is not, however, in per capita terms.

Difficulties arise when comparing this kind of poverty, impoverishment within the American border, to poverty within developing nations. On the surface, and with much accuracy, destitute conditions in sub-saharan Africa dwarf the problems of Texans making $15,000 per year.

Yet there’s another way of inspecting the two tremendously unfortunate situations, in an attempt to compare them. Ask the question, “what is the norm, and how far from it does the community fall?”

In American, an industrialized, economic-powerhouse, living in a place like Brownsville should qualify as living among severe poverty. In other, less-developed parts of the world, places where industrialization has not occurred and the economies are relatively small, the rich may by American standards look as impoverished as Brownsville residents, for whatever cultural, geographical or socioeconomic reason. Being impoverished in that nation, then, takes on another light and drastically different imagery.

This is not to say that Brownsville residents have it worst off or even as bad as those living in the slums of Nigeria, for example. Clearly the latter, without access to medical care, a good education, a stable environment or a supportive social network of family members suffers from a barrage of insurmountable hurdles.

It is to say, however, that poverty happens everywhere, and that poverty should be addressed everywhere. No nation should, or will be able to, hide from it. If one does, it is negligence that fuels the problem. 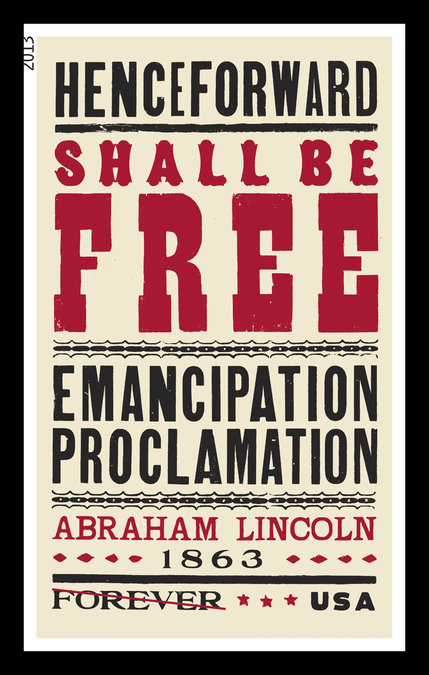 Celebrated on June 19th each year, Juneteenth Day is the oldest celebration commemorating the ending of slavery in the United States. June 19th was the day that Union soldiers entered Texas to declare the news Lincoln had signed the Emancipation Proclamation. News traveled so slowly in those days that it took two years for people in Texas to find out about the Emancipation Proclamation. It is an unofficial holiday celebrated each year, although there is a push to make it a nationally celebrated holiday.

The day also provides a time for individuals around the world to be sensitized to the experiences of others. As we are more aware of what others have and are going through, we will be more motivated the act. Juneteenth Day should serve as a call to action and a reminder that slavery still exists today.  It will take all kinds of people, from all walks of life, with all kinds of experiences, to come together and remember the past and fight for the future. 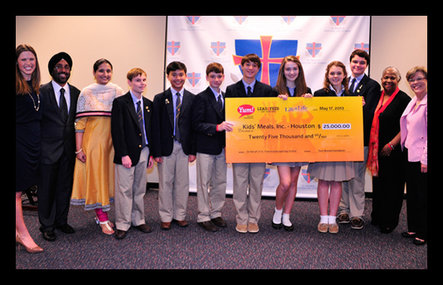 Middle school can be an unforgiving time for young people, but one group of students at St. Francis Episcopal Day School in Texas are using their middle school years to fight global hunger. Under the direction of faculty Debbie Harris, the St. Francis Wolves Against Hunger are making a global difference. The group consists of 7 eighth grade students. They participated in the World Hunger Leadership Challenge, an initiative founded by Lead2Feed with the purpose of promoting leadership among middle school students in the fight against world hunger.  It is important to develop future leaders and foster a spirit of giving back to the community especially during the tough middle school years.

The St. Francis Episcopal Day School was awarded a $25,000 check from the Yum! Brand Foundation for the work the Wolves Against Hunger did in the World Hunger Leadership Challenge.  More than 300,000 students participated from over 1,500 schools and the Yum! Foundation provided close to $250,000 in prize money grants to 140 schools. The grants will support US public charities engaged in hunger relief. The recognition ceremony was shared with another student group located in Utaar Pradesh, India. The students from St. Francis have been in close contact with the students from K.L. International (KLI) in Utaar Pradesh over the last two semesters.  The St. Francis students packed 5,100 sack lunches, collected more than 6,500 cans of food, and packed boxes at a local food back. The KLI students volunteered time at a local orphanage run by Mother Teresa Missionaries of Charity as well as created Project 365 in which at least one hungry person is fed every day of the year.

Harris had heard about the World Hunger Leadership Challenge and entered her students in the hopes of gaining them some recognition for all their hard work. She noted the students participated in events on the weekends in addition to school activities. The program began when Harris organized a campaign for World Water Day in 2012 and came in contact with Jasdeep Lamba, whose father-in-law runs KLI School. They worked together to get a Skype discussion scheduled between the students and faculty of the two schools. The next school year, they arranged for six Skype forums to be held. The forums gave the US students a greater appreciation for hunger and poverty as well as motivated both groups of students to get more involved in their respective communities.

The award money won by St. Francis will be donated to Kids’ Meals Houston, a charity working to feed children under 5. The work done by the KLI students will benefit The Earth Saviours Foundation, a local charity in New Delhi, India.