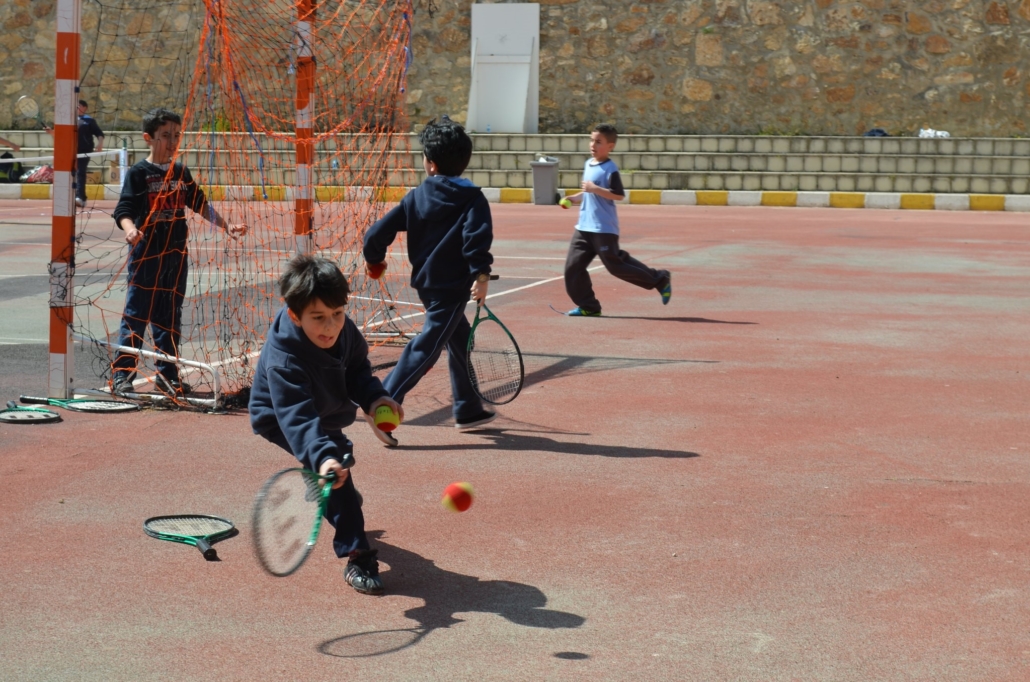 Around the world, people have always considered tennis to be an aristocratic sport. Although tennis is one of the most popular sports worldwide, many people in poor nations simply do not have the infrastructure to play. However, tennis in poverty-stricken countries is growing in popularity. From post-Soviet European societies to rapidly developing African nations, tennis is spreading to a diverse community of people all over the world, and it is helping catalyze the development of under-resourced areas.

One prominent example is the effect that tennis has had in Eastern Europe and the Balkan region. The brutal internal conflict spanning nearly 20 years at the end of the 20th century centered around border disputes and ethnic boundaries between Serbians, Bosnians and Croatians. As war ravaged the former Yugoslavia, tennis became an outlet for many youths to escape the conflict and make a name for themselves. One such youth was a boy named Novak Djokovic, who went on to receive wide regard as one of the greatest tennis players of all time.

Djokovic, who experienced his transformative years in Belgrade, Serbia during the late 1990s, described growing up with tremendous adversity. Like other tennis players, he sometimes had to play in abandoned swimming pools because the courts experienced bombing. Partially accrediting his later success to this difficult childhood, Djokovic recalled one period from 1999: “We were waking up every single night at 2 or 3 a.m. for two and a half months because of the bombings.” He went on to articulate that “these experiences made me a champion, it made us tougher, made us more hungry for success.”

The “us” he refers to is his cadre of fellow Eastern European tennis players from war-torn or poverty-stricken countries in the 1990s. The Serbs took the tennis world by storm in the 2000s, dominating both men’s and women’s tours. Janko Tipsarević, Filip Krajinović, Nenad Zimonjic, Jelena Janković and Ana Ivanović are just a few examples. The popularity of tennis radiated from the war-torn Balkan nations northward to poor post-Soviet states like Bulgaria, Ukraine, Belarus and the Baltics, and even to Russia. All of these countries now have players in the top 100 world rankings.

Progress On and Off the Courts

Though one cannot overlook the impact of the sport on world rankings, tennis has also helped develop and unify struggling nations. Extracurricular programs and character development among children are just a few positive side-effects of tennis. Indeed, following the conflict at the end of the 20th century, Balkan nations have seen relative progression and development. This formula of development through tennis also appears in other regions of the world.

Africa suffers from many circumstances similar to the Balkans such as poverty, despair and ethnic conflict. Tennis in poor countries in Africa can offer incremental progress toward building strong young people for the future and mending broken societies. Many organizations share this vision. Tennis in Africa, a nonprofit organization, is trying to kickstart tennis infrastructure in Ghana and other nations to help build not only technical tennis skills but also life skills to bring families out of extreme poverty. In July 2018, locals received a tennis clinic in Ghana well. Organizations like Tennis in Africa provide year-round training for impoverished youth on the continent, helping cultivate the seeds of growth and development in an underprivileged area of the world.

Working in conjunction with other support efforts, the International Tennis Federation (ITF) development fund has its sights set on the African continent too. Being the central governing body of tennis, the ITF raised its budget by 12% to a total of $11.3 million in 2019. The ITF works to give underprivileged athletes financial support in traveling and making a living through tennis, while also covering other areas of development like coaching, facilities and administration to underprivileged communities. In addition to these organizations, some of the most successful tennis players in the world, like Rafael Nadal, are using tennis as a means of an education — both physical and emotional — all over the world. In one such project that the Rafa Nadal Foundation conducted, underprivileged youth in India received access to tennis and education through Nadal Educational Tennis School (NETS). NETS aims to alleviate extreme poverty in Anantapur, India by enrolling over 200 disadvantaged children each year. NETS is just one example of how tennis can be a positive societal force to spur progress, especially for future generations.

Though tennis has traditionally been a sport of privilege and wealth, the modern game is seeing many new faces from disadvantaged parts of the world. Especially for young people, tennis in poverty-stricken countries offers a unique opportunity for character development, as well as building healthy physical habits. Beginning with Eastern Europe, tennis has had an overwhelmingly positive social influence, helping nations recover from economic, social and political upheaval. There is no reason why the sport should not receive extension into underdeveloped nations across the world, providing a vehicle to help lift people out of extreme poverty.