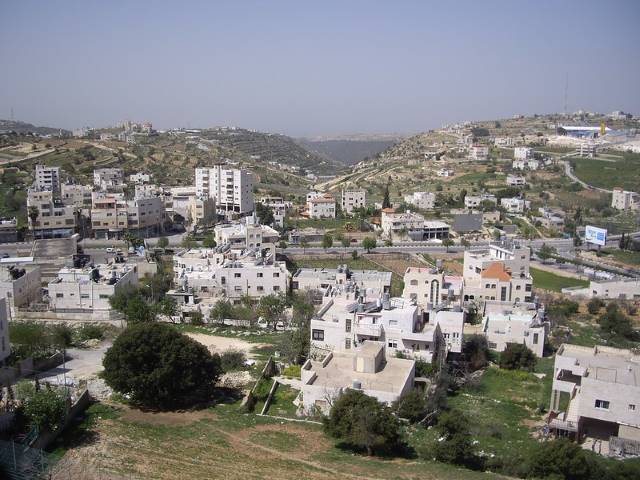 Hebron, also known as Al Khalil, is an ancient city located within the West Bank. It sits along the heavily-contested boundary between what is considered Palestinian and Israeli territory. As the site of vital religious and spiritual significance, Hebron has endured both strife and cultural development through the years. Demographically, Al Khalil is the most populated city within the West Bank, with 200,000 Palestinian-identifying residents as of 2018. One of the minority populations in the city, the Kurds, often suffered economically and financially due to their marginalized status. This disparity is especially clear in the context of refugee camps, where the majority of Kurdish communities reside. The Multidimensional Poverty Index of Palestine reports that poverty stands at 39% in refugee camps compared to 14% in rural areas and 24% in urban areas.

More than half of Palestinians living in Gaza, another site of frequent dissension, are currently in poverty. Furthermore, 33% of the Palestinian population suffers from unemployment. Food insecurity is an unfortunate but harsh reality among this segment of the population. This occurs due to trade boycotts and economic barriers. A variety of obstructions deter Palestinians from obtaining the resources they require. These range from physical checkpoints that divide the land and military frisking to international embargos as well as local trade impediments imposed by the Israeli state. On top of the hunger and poverty that families face, thousands of Palestinians experience homelessness and displacement.

The Israel-Palestine Conflict During COVID-19

As a result of the multitude of issues associated with trade and resource accessibility in Palestinian territory, more members of the population than ever before are presently struggling with extreme poverty. With the recent developments brought about by the COVID-19 pandemic, medical resources have become a new source of internal conflict. The unequal distribution of vaccines has caused an uproar across all sides of the ongoing political dispute.

As the death rate among Palestinians rises and more than 2,670 Palestinians have passed away as of March 22, 2021, it is evident that government authorities must equalize the distribution of medical resources to meet citizens’ needs. However, due to the contentious conditions within Israel-Palestine, it is unclear exactly who is responsible for ensuring equal distribution among communities. The United Nations has shrugged off the burden. It instead stated that it is the state of Israel’s duty to vaccinate Palestinians in Gaza and the West Bank. Such a designation of tasks has not proven successful. Political divides continue to affect the manner in which the population receives access to the vaccine.

The International Trade Drought in Hebron

In terms of the far-reaching effects of the pandemic in Hebron specifically, lack of access to foreign imports from China and East Asia has greatly weakened the already fragile Palestinian market. Many Palestinian business owners rely on Chinese-produced goods to make ends meet. With the increase of trade restrictions due to the global health crisis, merchants are no longer able to acquire the products that they normally sell to consumers. With much of agricultural sources of income blocked off by political circumstances, local trade is one of the few ways that Palestinian individuals are able to make a sustainable income.

According to Abdo Idrees, the head of Hebron’s Chamber of Commerce, another major source of income for Palestinian workers, factory work, has also suffered severely since 2020. The COVID-19 pandemic has made the successes and downfalls of globalization in the local economy extremely apparent. The profits of exports have become unavailable and citizens cannot obtain a majority of the imported products upon which they depend.

Future Relief for the City of Al Khalil

Although current Israeli-Palestinian relations remain tense in the city of Al Khalil, particularly after the decision of the Biden administration to leave the U.S. embassy in Jerusalem, a shred of hope still remains for Hebron and its citizens. The United Nations and other international bodies have expressed a firm commitment to attaining stability in the sacred city. The Temporary International Presence in Hebron (TIPH) pledged to preserve its mission of protecting the citizens of Hebron and supporting a safe two-state solution that may be the key to finally achieving long-awaited peace and statehood for Palestine.