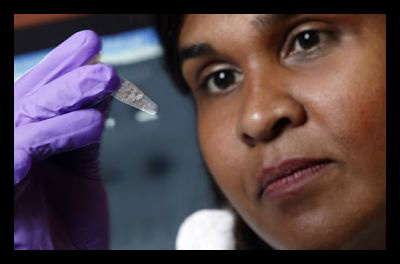 Researchers at Philadelphia’s Temple University made medical history this week when they announced they were able to successfully remove HIV from human cells. Converting infected cells into uninfected cells, this breakthrough is revolutionary, as the current therapy simply suppresses the virus, as opposed to eliminating it.

More than 35 million people are HIV-positive today, two-thirds of whom are living in Sub-Saharan Africa, where more than one in six people are infected. HIV, a virus which attacks the immune system, destroys  T-cells and CD4 cells, which are necessary for the body to fight infection and disease.

Once the virus kills enough of these cells, the body will become unable to attack against intruders — the final stage of the HIV virus, or AIDS.

While modern antiretroviral medication works to prevent the virus from reaching AIDS-status, there are still no known cures for the disease. Even though the current treatment has reduced the death rate of HIV by about 80 percent, drug use to combat the disease is incredibly expensive, as therapy can cost several thousand dollars per month.

Due to financial burden, the World Health Organization estimates about 19 million HIV-positive people still lack proper access to this medicine. And it still doesn’t eliminate the disease entirely; once the body is infected with HIV, it is there for life.

Now, however, we may see a change.

“We have a cure for HIV elimination,” said Dr. Kamel Khalili, head of the research team at Temple’s Center for Neurovirology. “It’s very exciting.”

Still, the team must figure out how to take the procedure from slides in the lab to animals and, eventually, humans.

Until then, the future of the virus still remains ominous. According to a recent study found by the CDC, the incidence of HIV-infection in young gay and bisexual men in America has doubled since 2002.

While new preventives — such as the new VivaGel condom, which is supposed to “inactivate” up to 99.9 percent of HIV — have hit the market, no recent findings have been quite as promising as Temple University’s.

“This is one important step on the path toward a permanent cure for AIDS,” Khalili said. “It’s an exciting discovery, but it’s not yet ready to go into the clinic. It’s a proof of concept that we’re moving in the right direction.”