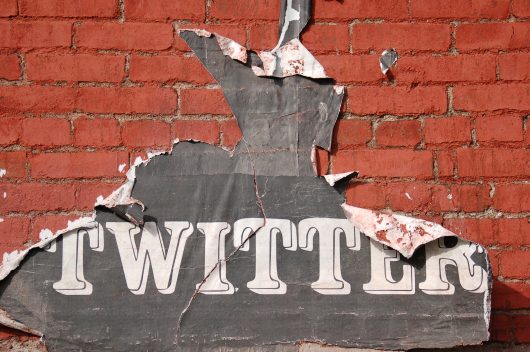 Bana Alabed opened her Twitter account on Sept. 24, 2016, and as of November 18, 2016, she has over 83,000 followers. Alabed is only 7-years-old and just one of the over 2 million people living amid civil war in Aleppo, Syria. With the help of her mom, an increasingly popular Twitter account and regular internet access in Syria, this young girl is using her virtual voice to make sure no one forgets about Aleppo again.

According to Internet Worlds Stats, a company that provides usage and population statistics, as of June 30, 2016, 5,502,250 or 29.6% of Syria’s population regularly access the internet. This number is up over 10% from 2009 when only 16.4% had access to the internet in Syria according to the same report.

With increased damage to infrastructure on the ground, Alabed relies on internet access in Syria to communicate with the outside world, just like other Twitter users. Access to internet services depends on availability, and availability depends on the technology’s ability to maintain integrity despite regular bombings. When it comes to matters of telecommunications, Syria, like many Arab states, looks to the International Telecommunications Union (ITU) — an agency of the United Nations whose purpose is to coordinate telecommunication operations and services throughout the world.

The presence and accessibility of the internet in the developing world are on the rise due to programs like the Telecommunications Development Sector (ITU-D). The ITU-D is a U.N. specialized agency that works to bridge the digital divide by fostering international cooperation in delivering technical assistance and the improvement of telecommunication ICT equipment and networks in developing countries.

Beginning in 1996, and every year since 2005, the ITU organizes the World Telecommunication/ICT Indicators Symposium (WTIS), where business leaders, government ministries, statisticians, academics and ICT data producers and analysts converge to “debate new and emerging issues on ICT data and statistics and their role in policymaking, to provide strategic guidance to the international community on information society trends and future monitoring. It also develops standards and methodologies for producing high-quality data and statistical indicators,” according to the ITU. This year, the 14th annual symposium is hosted by the government of Botswana and will take place on Nov. 21-23 in Gaborone, Botswana.