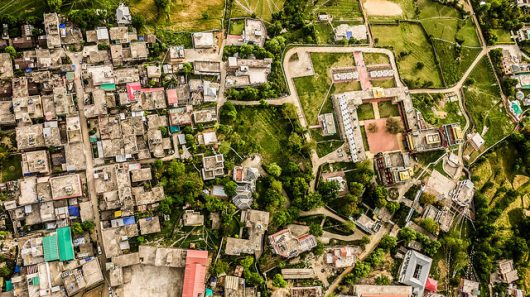 Currently, India is a low middle-income country and is set to become an upper middle-income country within the next decade. The improving conditions in India have been shown in many different sectors throughout the country. It is abundantly clear in sectors like the travel sector, health sector, telecommunications, and the space program.

The prime minister of India passed the national civil aviation policy which has had a positive impact on the travel and economy in India. It was passed in an effort to make flying more affordable for India’s growing middle class. The national civil aviation policy states that domestic carriers no longer have to operate for five years before they can fly abroad. This change immediately affected Vistara and AirAsia India. The number of passengers on domestic flights increased by 21 percent to over 80 million passengers and this number is estimated to reach 300 million by 2022.

The government has also lowered prices of domestic travel, only on the less popular routes, to be capped at $37 each hour of air travel. This has increased travel within India and has helped airports and airlines welcome more business which has had a large effect on the improving conditions in India. The effect has been shown through increased jobs in the travel industry and stimulating the economy in other parts of the country with new travelers that will purchase things in new cities like hotel rooms, food or even souvenirs.

The life expectancy in India has doubled in just approximately 70 years. It has gone from 35 years in 1950 to almost 70 years today. This has come from various changes throughout India. One of the biggest changes is the access to toilets in the country. As a result of the efforts of Swachh Bharat Abhiyan. Swachh Bharat Abhiyan is a movement in India that aims to clean up the city, infrastructure and rural areas of the country. From the efforts of this program, millions of more people have access to toilets in India which has greatly helped improve conditions.

The government of India has recently wanted to improve telecommunication in the north-eastern states of the country. To do this the government has invested around $1.7 billion to fund projects that will help the telecommunication throughout the country. These improvements are set to be completed by December of this year. There has been a deal signed between Bharat Sanchar Nigam Limited (BSNL) and Universal Service Obligation Fund (USO) to set up almost 7,000 mobile towers in over 8,000 cities and along the highway in Northeast India. This deal hopes to help people in rural areas of India have the same access to ICT services at affordable prices as people in the bigger cities have. Phase one of this deal was completed in December 2017 which laid a great amount optical fiber cable covering 109,926 GPs (Gram Panchayats) and over 100,00 of them are ready for service. This means that more people throughout rural areas of India have access to high-speed internet at an affordable price which is only helping the country become an upper-middle income country even faster.

Just over a year ago the Indian Space Research Organization launched multiple record-breaking satellites into space showing the world that India has a strong space program. It launched 104 nano-satellites and a larger satellite for Earth observation. Then even before that, in 2014, it launched the Mars Orbiter Mission. India was the only country to do that on the first attempt and with a budget of only $73 million. The Space Foundation estimates that these smaller inexpensive satellites that India has been building will be of great demand in the next few years. These innovative and cheap satellites and a boost in the Indian Space Research Organization has brought and will continue to bring money into the economy of India. It will create jobs and stimulate the economy.

Each of these sectors has greatly improved in India in the past several years and will continue to help India to become a less impoverished country and move forward to become an upper-middle-class income country in the next few years.