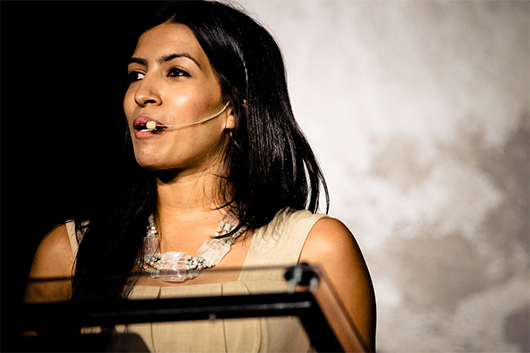 Leila Janah founded Samasource back in 2008 and has since seen it grow into a major global nonprofit that works closely with giants such as Google, Microsoft and eBay. Samasource works by operating in third world countries with high levels of poverty and employing people to work within the tech departments of these conglomerates.

Samasource began out of Janah’s recognition to bring jobs to a demographic that had previously been untouched. She realized that while millions of people – initially in India – were receiving well-paying jobs outsourcing for major companies, an even larger amount of people were living in impoverished conditions with no future.

Janah began developing her own program called Samaschool to outsource jobs specifically to those in poverty. Samaschool does this by providing an introductory training program that centers on rudimentary technological skills.

Janah saw almost immediate success in her campaign to spread jobs around the world. In 2013, she launched Samasource within the United States to provide jobs for those in poverty here at home. In a recent interview with Wired, Janah said, “We were approached by a community college in Northern California, which has a lot of rural poverty. They approved our online curriculum so people could sign up and take Samaschool as a class. Since then we’ve expanded to several cities in California and one site in Arkansas.”

Samasource in the United States differs from the organization’s international agenda by connecting people to already established businesses such as Task Rabbit and Uber and having them begin working there immediately.

Leila Janah is doing something unique. She has singlehandedly created an entirely new means for millions of people to pull themselves out of poverty. By using the dominance of technology in the 21st century, Janah has established a new marketplace for an all too large demographic of people in the world.

With the success of Samasource internationally and the promising developments within the grassroots Samaschool, millions more will continue finding new jobs and exciting opportunities in new career paths. 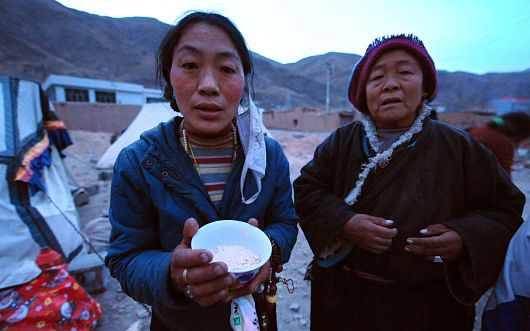 China, as the world’s most populous country with the second largest economy, faces a hushed issue on an epic scale. Nearly 70 million Chinese citizens live in severe poverty, most of them in the country’s expansive rural areas. Recently, President Xi Jinping has stressed the importance of poverty reduction within China as a means for economic and social growth.

China seeks to eradicate domestic poverty by 2020. Between 1978 and 2014, the country successfully lifted 730 million impoverished citizens above the poverty line. However, there is still much work to be done—a sentiment that is at the heart of President Jinping’s domestic policy. He called for “high precision” in governmental policy.

The government is implementing time-tested tactics to address the issue, such as subsidies and work programs, but President Jinping’s policy also calls for the use of information age strategies and tools. In 2014, an internal database was complied of all Chinese citizens who are considered impoverished. The data complied included income levels, employment status and location. The government then hired top data analysts to determine, in the most empirical way possible, the causes of poverty in certain areas and the best respective solutions.

Big data has long been used by technology firms, but this marks its first major wide-scale usage in terms of humanitarian causes. The data collected will lead to the swift and accurate remedies that President Jinping seeks. China’s experiment in using numbers and analysis in addition to money and support may prove to be revolutionary and help the country reach its goal before 2020.