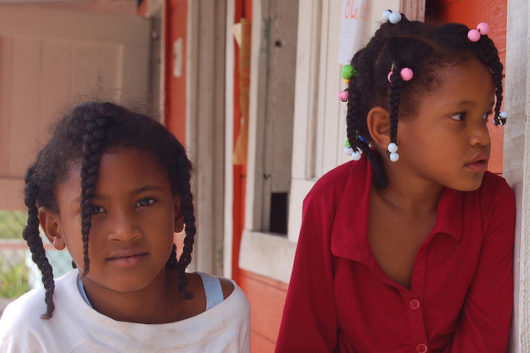 A promising program that is aiming to help to bring people in the Dominican Republic out of poverty is the Community Technology Center Program (CTC). This initiative is one key sign of the progress the country is making in improving health, promoting gender equality and decreasing poverty in the Dominican Republic. With more innovative programs like CTC, the country could continue to see significant progress in many areas of poverty reduction through education and access to technological resources.

What Does CTC Offer?

Since its inception in 1998, the primary purpose of CTC is to offer technology resources for people to help in areas such as employment and education, thereby increasing financial stability. CTC is also working to achieve its mission connected to health by helping to prevent the spread of disease by offering people access to information about health. Currently, there are 87 centers, but there are plans to build more.

The CTC initiative works towards helping families living on a dollar per day to possess the tools to help themselves increase their financial stability. One of the reasons for the success of the CTC program is that it utilizes technology to help people at no cost, thereby bestowing people with the tools to have a say in their lives. In fact, the centers offer technology training for those who do not know how to use the resources.

Assistance for women, the disabled, immigrants and others who have not had access to online information and technology is a top priority. One of the issues the CTC program has been trying to address is women’s access and use of the internet. At least “three-fourths of the female population don’t use the internet.” The CTC initiative is also working to expand women’s participation in technology and internet access.

The part of the program, women on the net, also demonstrates the progress that CTC is making. Some of the areas of education the centers provide are programming, multimedia and telecommunications. By providing education in these areas, the goal is for participants to find jobs in technology. Meanwhile, by 2013, 700 female participants had finished programs at various centers, learning computer literacy and technology.

By providing assistance to people with disabilities, immigrants and non-legal residents, community technology centers are helping to reduce poverty in often marginalized communities. One of the people the program has aided in employment, Julien Joseph-Josue, said the CTC program made him feel like “part of a family.” Joseph-Josue is a Haitian immigrant who received training to help his career as an interpreter.

The Success of the Program

The centers provide opportunities for learning and sharing in a community space as well as providing training in obtaining a job. Currently, the centers have achieved substantial progress in alleviating poverty in the Dominican Republic and have made significant strides in working to promote gender equality. The number of people CTCs has helped demonstrates this development. CTCs have helped develop the skills of around 40,000 people, 60% of these people being women, creating a more positive outlook.

Demonstrating a continual sign of progress the CTC program has made is the Bill and Melinda Gates recognition for the initiative for its innovation. The organization awarded the initiative The 2012 Access to Learning Award (ATLA), an award for organizations across the globe that offer access to technology. The CTC program obtained $1 million from this award. Furthermore, Microsoft will give $18 million worth of software to the initiative in accordance with its global citizenship effort to offer help in the positive developments of technology. 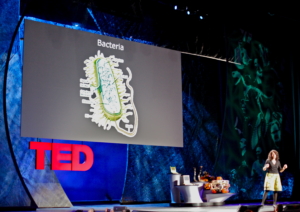 TED Talks have become a breeding ground for ingenuity, passion, ideas and intelligence. A meeting place of the world’s best, bravest and most forward-thinking minds, TED talks offer the entire world the ability to listen and participate in the global conversation on how we better the world. Here, for those who have little time, are 5 Ted talks that offer a powerful punch of inspiration in less than 5 minutes.

In this short but potent TED talk, Asher Hassan manages to obliterate our image of the now ravaged Pakistan as a place of poverty, misery and Islamic fundamentalism to show a hopeful, resilient and entirely human face to the country. Through a series of striking photographs, showing vendors selling bags, a displaced internal refugee child, spools of brightly colored rainbow spools of thread. Hassan’s subjects are the individuals who get lost in Pakistan sold to us by the media, and the ones who are most affected by our action or inaction in their country.

Amy Lockwood needs four minutes and seventeen seconds to illustrate an all-too-important phenomenon that causes aid programs to fail: not targeting efforts towards the group, but focusing on the feelings on the donor. In the Congo, sex workers use very few of the free condoms that aid agencies provide but would use the generic, priced ones sold. Lockwood, as a marketing professional, asked herself why. Her talk offers a simple but powerful tweak in the way we approach aid that could make a world of difference.

The man at the head of Getty Images, the industry’s largest and most quality bank of photography and imagery, gives a short talk on the power of photographs in provoking action. Using iconic images from history like the Hindenburg explosion, ‘Kissing the War Goodbye’ and mass graves of the Holocaust to today’s most controversial photographs, such as torture in Abu Ghraib, military war injuries and slaughtered gorillas lying crucified on bamboo poles, Klein illustrated how a picture can be worth more than a thousand words in an age full of discourse and short on action.

Not a big ideas talk, but a heartfelt personal story, Sophal Ear speaks of his escape from Cambodia during the country’s horrific political turmoil. Today, Ear leads research on post-conflict countries and assists in the development, reinforcing the fact that refugees are more than statistics, but brave, resilient lives worth saving.

How I Built a Windmill – William Kamkwamba

One of the most inspiring talks on TED, this talk is a Q&A session with William Kamkwamba, from a small village in Malawi. At 14, he saw how to build a windmill in a library book. In his words, “I tried it, and I made it.” Prompted along by TED speaker, William’s unassuming ingenuity in attempting to improve his village’s access to electricity and water is heartwarming and incredible.