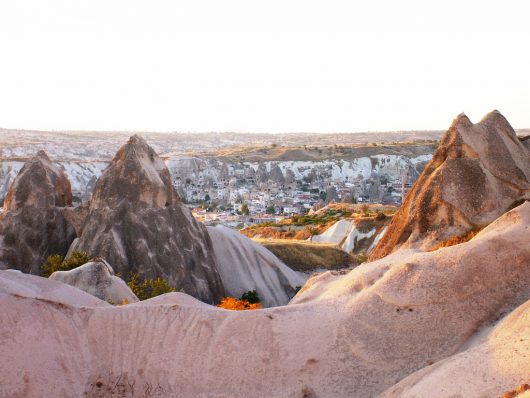 Classified as the least developed countries (LDCs) by the United Nations, the world’s poorest and most vulnerable countries have one more organization fighting in their corner. On Dec. 23, the United Nations General Assembly established the Technology Bank for Least Developed Countries, which will be headquartered in Turkey.

The United Nations uses gross national income (GNI), human assets and degree of economic vulnerability to determine which countries are given LDC status. The U.N. General Assembly formed the LDC category in 1971 to bring attention and support to its most disadvantaged members. According to the U.N., there were 48 LDCs in 2014: 34 in Africa, 13 in Asia and the Pacific and one in Latin America.

Officially named Resolution A/71/L.52, this new institution’s purpose is to help these countries “build the Science, Technology and Innovation (STI) capacity that they need to promote the structural transformation of their economies, eradicate poverty and foster sustainable development.” The U.N. expects to have the Technology Bank operational this year. It will be funded by contributions from member states, the private sector and foundations.

The concept of a technology bank originated from the Istanbul Programme of Action (IPoA), which was adopted in 2011. It charts the international community’s vision and strategy for the sustainable development of LDCs. One of the key elements of this 10-year program was putting a strong emphasis on technological innovation and technology transfer to LDCs. It specifically called for the establishment of a technology bank that would “help improve LDCs’ scientific research and innovation base, promote networking among researchers and research institutions, [and] help LDCs access and utilize critical technologies.”

This latest effort to provide technological support to LDCs also fulfills a part of the larger goals set forth by world leaders. The 2030 Agenda for Sustainable Development was adopted in September 2015, and it features 17 new Sustainable Development Goals (SDGs). Part of SDG 17 is to “fully operationalize the technology bank,” and this latest action taken by the U.N. is a step in that direction.

Gyan Chandra Acharya is the U.N. Under-Secretary-General and High-Representative for the Least Developed Countries, Landlocked Developing Countries and Small Island Developing States (UN-OHRLLS). He was pleased to see the establishment of the Technology Bank, and said, “The global community has a responsibility to ensure that these nations are supported as they make progress towards strengthening their science, technology and innovation capacities…[This] is a vital milestone in this journey.”