Tag Archive for: Technology and Health 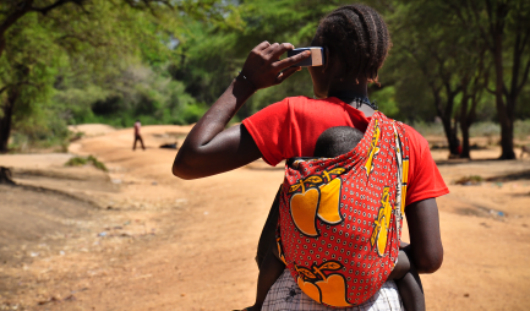 For the 23.8 million people living with HIV/AIDS in Africa, there are two realities. The first is the reality of the disease, which kills over one million people in Africa per year and requires treatment. The second is the stigma surrounding the disease, which itself creates a major social barrier to treatment. This stigma creates the need for patients to be able to seek treatment while protecting their privacy.

Cellphones provide a great opportunity to fill this need.

Mobile health, or mHealth, is the term used to describe the growing number of health services offered on cell phones. mHealth platforms have been particularly common in Africa due to a demand for services and Africa’s status as the fastest growing mobile phone market in the world.

mHealth has been shown to be effective in a variety of contexts. For HIV/AIDS patients, it can be greatly effective due to the variety of services offered to both patients and health care providers.

South Africa’s HIV Confidant, developed by Dimagi, is one such service. According to Dimagi’s website, the service seeks to provide “confidential distribution of the results of HIV testing” in South Africa. This a particularly difficult to accomplish in rural regions.

Along with securely distributing results of testing, HIV Confidant also allows patients to receive counseling on their infection status without sending in a second sample.

With studies finding that over 80 percent of patients are comfortable using mobile devices to manage their HIV treatment, services such as HIV Confidant provide a valuable service to patients concerned with anonymity and the stigma surrounding infection.

Programs focusing on HIV/AIDS prevention education are valuable in engaging communities. In addition to focusing on data collection and treatment adherence, Uganda’s eMOCHA program focuses intently on education, allowing it to address contributing trends to HIV/AIDS such as IV drug use.

Though mHealth symptoms are valuable tools in managing HIV/AIDS in Africa, they are not without their faults. The programs have been criticized by some as unlikely to reach certain at-risk groups, such as drug users, who are significantly less likely to own a cell phone. In addition, the cost of airtime currently makes the engagement of these programs difficult for patients living in poverty.

Despite these limiting factors, the growth of mobile phones in Africa creates hope that mHealth could become an important tool in the battle against AIDS. Perhaps the greatest challenge for mHealth platforms going forward then is ensuring that these valuable tools of defense against HIV/AIDS are available for those most at risk.