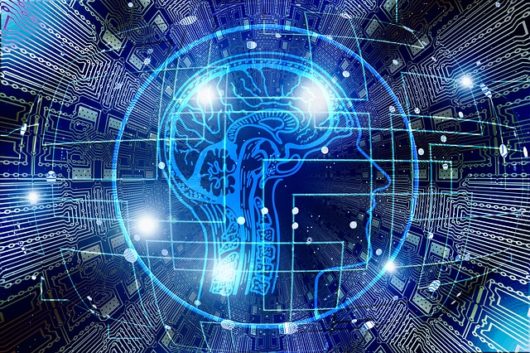 With many of the world’s fastest-growing economies and tech markets, Africa’s next logical step of developing artificial intelligence (AI) and assimilating it into various industries is quickly becoming reality. Despite fears of worsening unemployment rates and widening wealth distribution disparity, many tech companies and governments are finding ways of using artificial intelligence in Africa to improve lives.

The Current State of Technology

In countries such as Uganda and Ethiopia, whose steadily growing economies are due in part to the rise and success of tech industry growth, local startups are addressing issues unique to the areas in which they operate. Despite the technology growth and development, many people are afraid that the implementation of artificial intelligence in Africa will take jobs away from workers, leading to increased unemployment rates that have long troubled various African countries.

Understanding that many Africans do not currently have access to the level of education needed to qualify for loftier jobs, governments of the African countries have set out to make education more attainable and more specialized, and global tech giants have made it clear that they see potential in Africa in the tech industry, specifically in artificial intelligence in Africa, and are looking to take advantage of this potential.

Artificial intelligence in Africa has already yielded substantial results, promising a bright future as the industry grows so long as it receives proper support from government and tech organizations. For example, governments must change the school curriculums to meet the demands of the modern workforce, cultivating analytical thinkers with the ability to identify and solve everyday problems.

Tech companies including Facebook and Google have already established a respective presence in Africa, acknowledging both the capable minds the continent already has to offer as well as the increasing need for reform in education. Google has opened an AI research center in Ghana, where it has also begun construction of a fiber-optic line that will strengthen the internet for the country. It will draw students from local universities that have already made headway in specializing in computer sciences and other fields of study crucial to the growth of AI and the tech industry as a whole.

In areas such as health care, insurance and manufacturing, AI has already yielded significant beneficial results for Africa. As issues in these and other fields accumulate naturally with growth, tech professionals see AI as the key to maintaining and improving the lives of many people in Africa and around the world.

While AI still has a stigma and is consider a luxury, other people see the tech industry as vital to solving practical problems whose solutions may not be realized quickly enough by human efforts alone. The fear that artificial intelligence in Africa will take away jobs is legitimate in that the very objective of AI is to accomplish the work of humans more quickly and efficiently.

Governments of African countries can improve and adapt education and if global tech leaders continue to see potential in Africa and support its growth, the tech industry will demand increasing numbers of educated Africans to match the industry’s rapid growth.