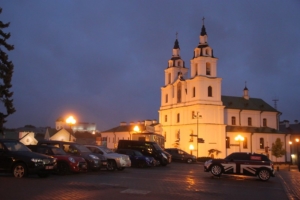 The growth of the programming industry in Belarus, dubbed as the IT sector, took the country’s economy by storm. It helped the country reduce its “brain drain,” a phenomenon defined by the emigration of professionals from their home country to a nation that provides better pay and opportunities. Belarus’ IT sector exports grew from $218 million in 2010 to over $700 million in 2015. This amazing turnaround raises some key questions. Namely, why did the programming industry in Belarus blossom, and how has it benefited the country?

Origin of the Programming Industry

The growth of the programming industry is built on the Soviet Union’s strong educational focus on science and technology. Under the Soviet Union in the late 20th century, schools often focused on teaching students science and technology because they lack ideological barriers. These fields needed no censoring to fit the ideas promoted by the Soviet Union. This prioritization remains, and students in Belarus tend to choose technical specializations over those in the social sciences. For example, nearly 4,000 young Belarusians graduate each year with IT-related degrees. The size of the local tech talent can be explained by state policies supporting the IT industry’s growth.

The combination of direct subsidies and tax cuts allows 1,000 tech companies to have their offices in Belarus. Of these, the 50 largest employ between 100 and 7,000 employees each. In 2005, the Belarus government sponsored the construction of the High Tech Park, a tax and legal regime designed to develop the IT sector. Since then, it’s become an incubator for various tech companies due to its preferential tax regime and the resulting lower operational costs that companies incur. The government’s investment in the sector and fiscal benefits helped it grow tremendously in the past decade.

Benefits of the IT sector

While the IT sector only represented a 1% share in the gross value added to the economy in 2014, its benefits span beyond the industry itself. With Belarus’ 2015 average salary stagnating at $350 per month, the IT sector’s average salary of $1,600 attracted many people to the industry. This incentivized many individuals to remain in Belarus rather than moving abroad. As a result, the IT sector reduces brain drain as educated professionals stay in the country and help grow its industry.

The growth of the Belarusian programming industry in the last decade brought about significant economic growth. This dramatically increased the population’s opportunities for pursuing computer science and unlocked the possibility of a larger salary. Now, IT workers better support their families and make a greater contribution to the economy by staying in Belarus. With the education system’s continued investment in turning out graduates with science and technology degrees, the booming programming industry in Belarus promises amazing results.