Tag Archive for: Taxing The Rich 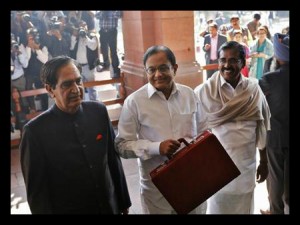 In India, the effect of economic slowdown is not obvious. On the surface, economic activity is lively as businesses appear to be thriving and new ones are being created. This year, however, growth is predicted to be at around 5 percent.  Emphasizing a need to increase Indian growth to 8 percent, how it was prior to the global economic crisis, Indian Finance Minister Palaniappan Chidambaram presented the new Indian budget last Thursday. Chidambaram’s plan involved placing focus on greater social inclusion and a need to tax the super-rich of India.

Outlined in the presented Indian budget were plans to increase spending on education and vocational training, agriculture, and health by 17 percent, 22 percent and 24 percent respectively. An additional $1.8 billion was set aside for food subsidies as part of a plan to ensure food security and combat malnutrition, especially in remote rural areas. The Finance Minister’s recommendations also included improving the living situation of disenfranchised groups, including lower castes, minorities and women, for greater social inclusion and sustainable growth.

“There is a compelling moral case for equity but it is also necessary if there is to be sustained growth,” Chidambaram said.

Additional revenue to fund these programs would come in part from a 10 percent surcharge on 42,800 Indian taxpayers who reported a taxable income of more than 10 million rupees or $180,000 in the last year. Companies earning more than 5 million rupees would pay an additional 5 percent tax surcharge. This tax surcharge would be in effect for just one year. Chidambaram was optimistic that rich Indians would take well to this additional surcharge confident that they would pay “cheerfully.”