How much should I donate? It’s a common question. Even if you have sworn off Facebook and eschew trendy news sites, you have most likely heard about or even witnessed the Ice Bucket Challenge, a social media craze that has resulted in more than $10 million being raised for the ALS Association. The nonprofit, which devotes its time and money to resolving amyotrophic lateral sclerosis (otherwise called Lou Gherig’s Disease), is benefiting from a challenge that tasks participants with donating $100 to ALS or pouring a bucket of ice water on themselves.

While people may simply relish vaguely altruistic deeds or experience a rush from partaking in the same event as Bill Gates and Kermit the Frog, contributing to the Ice Bucket Challenge can accomplish both an admirable goal and leave you better off financially at the end of the year.

The ALS Association’s designation as a 501(c)(3) charitable organization enables people to write off their monetary contributions on their tax forms. While there are numerous rules dictating how much you can donate, as long as the donations are made to the right organization, you can receive a significant tax break.

Still not clear? Let’s delve a little further. Your AGI is separated into different brackets. The amount you are taxed depends on your marital status, whether you are filing jointly and if you are the head of the household. For our purposes, you are single and making $30,000, slightly greater than the per capita average income from 2008-2012 in the U.S.. Using the tax percentages from 2011, you would pay 10 percent of the first $8,500 and 15 percent for the next $21,500. That means you owe $4,075 in taxes this year.

If you included a $15,000 cash donation to an eligible charity, the greatest amount possible, you would decrease your AGI to $15,000. Overall you would now owe $1,825 in taxes. While you don’t receive a 1:1 tax reduction for charitable donations, Trent Hamm from The Simple Dollar calculates that donations lead to a 25 percent return.

While donating fifty percent of your income to a charity may be a reach, keeping track of all your small donations throughout the year can add up. If you have ever donated old clothes to Goodwill, books to a library or money to a church, you can write them off as charitable contributions so long as you provide documentation.

There are many, many rules to tax-deductible charitable donations, the most important of which is determining a charity’s eligibility. Generally churches, nonprofits and any organization bearing a 501(c)(3) designation qualify as recipients. If you are still unsure, the IRS provides a search tool that documents which organizations are eligible to receive tax-deductible charitable contributions.

For non-cash donations, the IRS permits goods in “good condition or better” to be deducted at their fair market value or the price at which both the buyer and seller agree.

Documentation is needed in these instances as well. Even if you give money, stocks or used goods to a qualified organization, you must provide an itemized list of the donations, proof that the transaction occurred and acknowledgement from the receiving organization if the price of the item exceeds more than $250. Items in excess of $500 must file form IRS Form 8283. Donations in excess of $5,000 may require a qualified professional to appraise their value.

Finally, motive plays a factor. Forbes journalist Tony Nitti wrote an article that examines donor intent and tax breaks. He assures readers that as long as the amount you deduct from your taxes does not exceed the benefits received from donating in the first place you are fine. For example, if you donated $100 to a charity dinner, but the dinner itself was worth $50, then the most you could deduct would be $50, not $100.

Donations to charities may seem like a desirable but imprudent decision to many people. However, if executed wisely and documented clearly, donations can benefit both the donor and the recipient. In short, you can donate however much you would like to charities, but do your research first if you want to guarantee a return on your taxes. 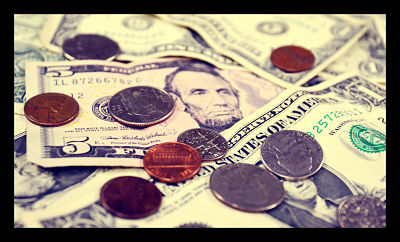 Developing countries are struggling to provide basic public services to their citizens. Citizens complain of crowded classrooms, shortages of nurses, crumbling roads, inadequate health care and governments point to their empty budgets. There is a solution to this shortage of money in poor nations. Poor nations must stop giving investors and corporations tax breaks. The money lost to corporation tax breaks could meet all the country’s health-needs, feed all the starving children, send every child to school and reach all the MDGs.

It is estimated that developing countries lose more than $138 billion a year to corporate tax breaks and tax exemptions alone.

“Big companies are doing deals to avoid paying tax on their massive profits. They’re playing developing countries off against each other to get good tax deals for them, but bad deals for the world’s poor,” ActionAid’s advocacy manager Soren Ambrose said.

Tax breaks are not even a large factor when corporations decide to invest in a country. According to an Investor Motivation Survey conducted by the World Bank, tax incentives ranked seventeenth, behind factors such as exchange rates, labor costs and transport infrastructure.

“Governments aren’t collecting the tax which is rightfully theirs. They’re openly letting big companies pay less tax. Some countries are even offering completely tax-free deals – a lose-lose for all involved, especially poor people in urgent need of services like schools and hospitals, “ said Ambrose. “In the long run, governments and companies are sabotaging the development of the skilled and healthy workforces that could lift their countries out of poverty.”