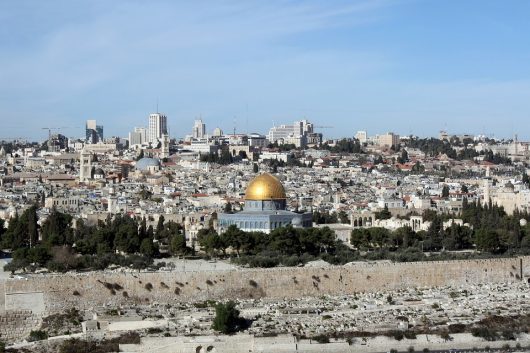 Recent reports state that of the developed nations around the globe, poverty in Israel is a serious problem and has been steadily increasing for some time. Roughly one in five individuals living within the country currently suffers from lack of fiscal resources.

Many organizations view poverty in Israel as an even greater problem for the future, and are seeking solutions that would possibly alter the current trends.

The most prevalent issue surrounding this problem is the plight of children. Almost 33 percent of Israeli children are affected by this deficit of monetary possessions within their own families. In addition, budgeting issues may result in the government closing schools.

These statistics are especially worrisome, as they denote a significant loss in future human capital.

The Arab population suffers the most from these issues. However, the proportion of newborns among Arabs is increasing. Meanwhile, the proportion of births within the statistically more monetarily stable Jewish community are decreasing.

The Taub Center for Social Policy Studies in Israel (TCSPS) recently provided a brief on policy changes and improvements that would likely change the course of poverty in Israel.

The data that the organization presents suggests that Israel is falling behind the world’s advanced industrial nations economically. However, the nation could change the pattern to raise its average standard of living once more.

The report begins by outlining that Israel’s GDP has consistently grown since its establishment in 1948. However, this growth has averaged out to be 20 percentage points less than the average developed nation.

For the first two decades, Israel rapidly closed the gap between its lifestyle and the leading developed countries of the world. But in 1972, the growth lost some momentum and Israel began to fall behind.

To change this pattern and decrease individual poverty in the process, the TCSPS outlines three steps that Israel must take.

The incentives that Israel should create involve a support tax for those with low income. They would also incorporate a decrease the income tax for families with children by a certain proportion per child.

This form of incentive will give parents more incentive to work since they will not be taxed as heavily for their efforts, indeed that they may be paid by the government for their labors if their income falls below a certain amount.

TCSPS points out that these incentives will not help if the individuals in question don’t have the necessary qualifications to obtain work. With this in mind, the government should lean heavier subsidies toward second chance basic education programs and vocational training. If the people become empowered, they will find a way to pull themselves out of poverty.

2. Israel must create a supporting environment

Even if the parents of families have the tools to succeed on their own, the quality of their environment is also crucial. The cycle of poverty will continue if the current environment remains.

3. The government must create a long-term strategic plan

TCSPS concludes that the previously proposed actions will take a good deal of time to bring to realization. They also say that the government should be prepared to develop plans which would bolster the educational, vocational, welfare and employment systems.

TCSPS affirms that the funds are available and currently supporting the civilian population. However, a revitalization of assistance programs would cause these funds to work much more efficiently.

Poverty in Israel is not beyond the abilities of the national government to repair. The process back to a progressive lifestyle for the people will take a large effort for all involved. But it could create a nation in which high human capital could prevent a slump like this from happening again.