Tag Archive for: Tapestries of Hope 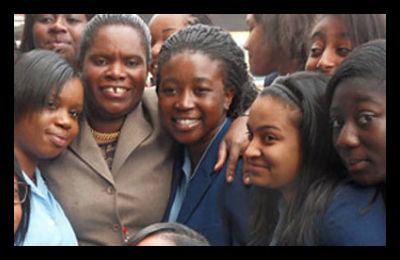 In Zimbabwe, it’s hard to be a girl. With a population of mostly youth, the country and its economy have been decimated by the AIDS epidemic. Up to 80 percent of the population in rural villages is unemployed and women are subordinated with gender violence and rape.

The Girl Child Network (GCN) is trying to change things. Founded by Betty Makoni, the network is designed to help change the policy and acceptability of rape. The program has grown to assist girls with education and housing.

Featured in the documentary Tapestries of Hope, Girl Child Network is trailblazing the way rape survivors are treated: with dignity and with agency. One of the easiest ways to explain GCN is through its use of the color blue. In Zimbabwe, blue is a color mainly for boys; GCN uses it everywhere.

While health and support are provided, Makoni emphasizes that access to education is among her priorities. A donation as little as $50 could provide a girl with tuition for a year.

Expanding upon the original goal of getting justice for survivors, GCN allows girls to envision futures for themselves. Many of these girls are orphans and some are even mothers themselves, but GCN empowers them. Girls are encouraged to dream and pursue education and careers.

While GCN’s staff advocates for the girls, the girls themselves have emerged as advocates. Some have publicly spoken out against violence against women at the United Nations. Others courageously shared their stories on the documentary.

The solution to the poverty they face isn’t simple. Will achieving a degree make a difference? Will they be able to get a job with the extraordinary high unemployment rate? The answers are unclear. The philosophy of GCN, however, is to maximize the potential and resources for these girls.