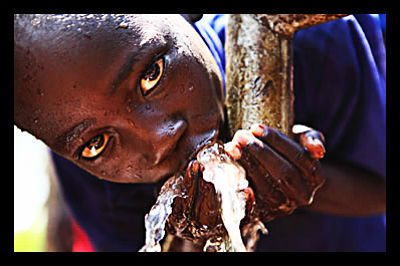 Like Pavlov’s dogs, humans have been thoroughly conditioned to check their mobile phones at the merest vibration, imagined or otherwise. So much so that an annual report by Kleiner Perkins Caufield & Byer’s found that people check their phones approximately 23 times per day for messages, 22 times for a voice call and 18 times to check the time.

There also exists a term for the anxiety experienced by people without their phones, even for short periods of time. Nomophobia, the fear of not having or not being able to use a cell phone, may result in nausea, panic and desperation, according to a survey conducted by a security application called Lookout.

Although such behavioral ticks may arguably describe many citizens of the industrialized world, various organizations have lashed out against cell phone dependence. Ranging from musicians like the Yeah Yeah Yeah’s, who urged audience members to “put that shit away,” to restaurants banning cell phones at the door, backlash against cell phone usage has a growing audience.

In perhaps the most humanitarian reaction to cell phone dependence and its backlash, UNICEF has begun the Tap Project- a campaign that rewards people for not checking their phones. For every minute a user does not ‘tap’ their phone, sponsors will fund one day of clean water to one water-insecure individual.

As for ‘why water,’ UNICEF reports that 768 million people don’t have access to safe, clean drinking water and 2.5 billion people do not have access to a proper toilet. Water-insecurity results in poor hygiene and a greater spread of diseases, causing more than 3.4 million deaths annually. Nearly 99 percent of these deaths occur in the developing world.

Ironically, nearly 10 times as many people in the world have cell phones compared to those who still use open defecation practices in India alone, 5.9 billion and 626 million people, respectively.

The program does not work on iPads nor droid phones (leaving some unable to test their willpower,) but even if only 200 of the nine million people who bought the new iPhone 5 in September did not check their smartphone for one minute, it would generate enough money for UNICEF to give one child safe drinking water for 200 days.

UNICEF’s campaign provides an excellent out for people trapped in a technology blackhole. Best portrayed during the sketch comedy “Portlandia” by Fred Armisen, his character gets stuck in a loop where he constantly rotates from checking his phone, email, Netflix account until his brain overloads and shuts down.

While people will not self-combust from phone use (although injuries sustained from cell phone usage is on the rise,) thanks to UNICEF, cell phone users have all the incentive they need to put down their phones and become conscious members of society again, one minute at a time.

Autumn has once again flown by. Snow queens and snow elements have descended upon New York City, which can only mean one thing: the Victoria’s Secret Fashion Show.

The Super Bowl of fashion shows will be broadcast on December 10 and promises more bedazzled bosoms than ever.

Swarovski provided millions of crystals to frost over twenty pieces of luxurious lingerie, some of which were created with cutting edge 3D printed technology that crafted designs based off of digital scans of the models’ bodies. This development (another Swarovski contribution) yields fabric literally made of crystals, a must given the seasonal wintry theme (one of six) headlined by a Snow Queen and other Victoria’s Secret Angels. A team of experienced artisans and hair and makeup stylists work their magic to complement the work of costume creators; since the models can’t be left to strut their stuff alone, celebrity guests Taylor Swift, Fall Out Boy, and a Great Big World will provide entertainment.

Behind the scenes of it all? Money – and lots of it.

Since the first runway show in 1995, Victoria’s Secret executives have amped up funding 100-fold, increasing the show’s operating budget from a mere $120,000 to over $12 million, not including the show’s most iconic piece of lingerie.  2013’s “Royal Fantasy Bra” alone is worth an estimated $10 million (including the $2 million belt.) Adorned with 4,200 gems and a 52-karat ruby, this bra redefines extravagance.

Ultimately, the $12-plus million is a small price to pay for the brand’s largest promotional opportunity. CBS shelled out a cool $1 million for rights to broadcast the spectacle to a drooling audience of over 12 million.

If the millions budgeted for the 2013 show were allocated away from glorified undergarments and toward the fight for clean water, many more than 12 million lives would be permanently changed.

According to UNICEF, over 768 million people worldwide are without access to clean water and at high risk of contracting dangerous waterborne communicable diseases. An estimated 1,600 children die each day due to poor sanitation, hygiene, or water quality, all of which are preventable with simple solutions like hand pumps, water purification tablets, and Oral Rehydration Salts.

Were Victoria’s Secret executives to put the show on hold for just one year and siphon funds to UNICEF, the Tap Project could provide:

On December 10, Victoria’s Secret’s head honchos will see green as the svelte snow angels strut their stuff. The next day, rather than undertaking plans to out-crystal this year’s show in 2014, perhaps they will pause and consider how they themselves could be angels in the fight for clean water.