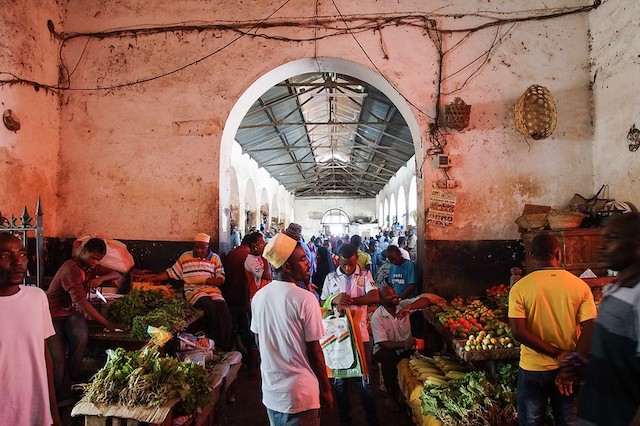 On October 23, 2020, Senator Mendez issued S. Res. 756, urging the Tanzanian Government to protect democracy in the wake of its upcoming election. The text outlines multiple infringements on the media since President John Magulifi was elected for the first time in 2015. Repressive laws such as the Media Services Act of 2016 and the Electronic and Postal Communications (Online Content) Regulations Act of 2020 have curbed expression in the country.

Such laws have translated into multiple arrests and penalizations for journalists and bloggers who publish information deemed “biased” by the Ministry of Information. Headlines were made last year when two independent journalists, Erick Kabendera and Joseph Gandye, were arrested after opening reports into corruption in the government.

The repression of free speech has become even more alarming during the pandemic. “Access to information is an essential part of the fight against COVID-19, yet the Tanzanian government is choosing to censor journalists and media outlets who report on the disease,” said Deprose Muchena, Amnesty International’s Director for East and Southern Africa.

According to the World Health Organization, the Tanzanian Government has not reported a single case of Coronavirus since April. North Korea is the only other country that has not provided data. Back in June, the President spoke of the power of prayer in eliminating the virus at a Church Service. “Corona in our country has been removed by the powers of God,” said Magufuli. Since the beginning of the virus, the President has fired health officials who issued warnings, suggested against the use of masks. Furthermore, he has supported an unproven herbal drink from Madagascar as a cure. The International community was quick to criticize the Tanzanian Government for denying the spread of the virus.

In July, journalist Ruud Elmendorp reported from inside the city of Dar es Salaam, Tanzania. Elmendorp spoke with multiple locals who believed that there was no virus in Tanzania. He even visited graveyards, surprised to see there was no surge of activity for new gravesites. According to Elmendorp, the city was conducting business as usual. “The shops are open, there are street markets and there are men seated on the street having their conversations. There are the people with sewing machines, the street food kiosks, all connected by the hooting of passing cars and tuk-tuks,” Elmendorp reported.

A week after Senator Mendez issued S.Res. 756, President Magulifi was re-elected with a landslide vote of 84% in his favor. His opponent, Tundu Lissu, said his party’s agents were prevented from entering polling stations. The United States will now look at the question of election fraud. The Senate bill will task lawmakers with considering a review of the U.S. assistance to Tanzania “for the purposes of reprioritizing such assistance should neutral observers determine that the October 2020 polls do not meet internationally accepted standards for credible elections.” Among considerations, would be targeted sanctions and visa restrictions on actors involved in humans rights abuses.

The situation in Tanzania faces disputes over handling the virus, the role of the media and the vitality of electoral systems. The Tanzanian Government will be under further scrutiny if S.Res. 756 passes.