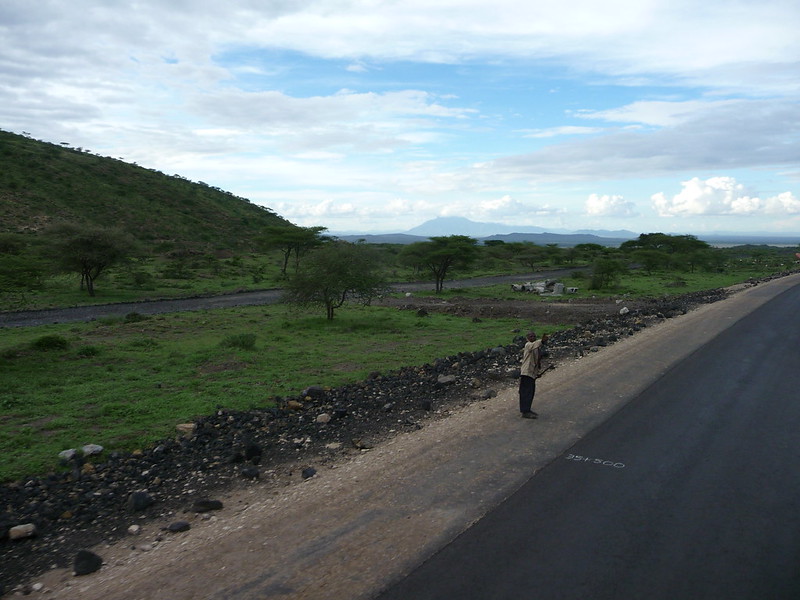 Tanzania’s rural roads are filled with the hustle and bustle of commuters. Large trucks speed past children walking to school, dust swirls up from the ground as farmers whiz by on motorcycles transporting goods and men and women trek to markets, jobs and services. For residents, these roads serve as essential gateways connecting to social, economic and educational opportunities. Despite the fact that most rural residents do not own cars or motorbikes, Tanzania’s current transport network is targeted primarily for vehicles. The Tanzania Roads to Inclusion and Socioeconomic Opportunities Program (RISE) is working to establish “People-Centered” roads that allow for efficient, safe and inclusive access to roads.

The Danger of Rural Roads

Safe and dependable transport is key to saving lives. Tanzania has one of the highest traffic-related death rates in the world at approximately 33 deaths per 100,000 people. Road accidents can be disastrous for low-income populations; when a member of a rural household is injured in a road accident, the average household income falls drastically. For example, a young Tanzanian boy named Nickson was hit by a car and severely damaged his leg while crossing the Tanzania-Zambia highway on his way home from school. Nickson’s performance in school declined drastically due to the time spent in the hospital and healing at home. Furthermore, Nickson’s mother missed out on farm work to take care of him, placing financial strain on the family. Nickson’s story reveals the devastating impact that unsafe roads can have on rural communities.

In the past, few resources have been devoted to local roads in order to address rural poverty. About 70 percent of the nation’s population lives in rural areas that experience far deeper levels of poverty. Low productivity and the absence of market integration efforts are the main causes of income disparity between rural and urban communities. However, the Roads to Inclusion and Socio-economic Opportunities Program Project aims to transform Tanzania’s rural transportation system.

The World Bank and the Tanzanian government are working together to create a People-Centered Design, an approach that makes rural roads accessible and safe to everyone. The approach to Tanzania’s People-Centered Roads ensures that vulnerable road users are a central part of the development process; consultants collect information from rural community members about the current needs, uses and safety hazards of their road, and structure interviews in a way that engages women, men, girls and boys alike. This ensures that all stakeholders are heard and accounted for in the technical design of a road. People-Centered Road Safety Audits are utilized to view roads from the perspective of pedestrians, public transport users and cyclists. These inspections guarantee the inclusion of different socio-economic groups in the project’s development. The People-Centered approach was successfully utilized in three rural road projects in the Iringa region in preparation to implement the nationwide RISE project.

Safe and accessible rural transportation networks can kickstart the agricultural sector and dramatically reduce poverty as they connect rural communities to markets. Tanzania struggles with low productivity in its agricultural sector. Although rich with arable land, many agricultural areas in Tanzania are not accessible throughout the year due to missing or inadequate road links. These infrastructure shortcomings create lofty transportation costs and keep rural areas from reaching their full potential, as an average 35% of total agricultural production is lost post-harvest. With the agricultural industry employing 75% of the nation’s population, improving rural roads is critical to improving market access and socioeconomic opportunities for Tanzania’s rural poor.

Tanzania’s People-Centered Roads are especially focused on increasing safety and income-generating activities for women. Poverty is pervasive among Tanzanian women, with female-headed households more likely to experience poverty than those headed by males. When it comes to road safety, women are particularly vulnerable because most do not have access to motorized transportation. RISE plans to incorporate a gender-balanced approach to road-design that empowers women to participate in their communities’ decision making while protecting them from sexual exploitation and abuse. In addition, 56 percent of rural Tanzanian women work in agriculture. By boosting the agricultural sector’s productivity, RISE will also help rural women increase their incomes.

Safe and accessible rural transportation networks are crucial to reducing poverty, growing the economy and improving road safety in Tanzania. The Tanzania Roads to Inclusion and Socioeconomic Opportunities Program is connecting local communities to national markets and increasing access to health, education and farming inputs. Tanzania’s People-Centered Roads are transforming the lives of rural residents and ensuring that fewer citizens are disadvantaged by road accidents.