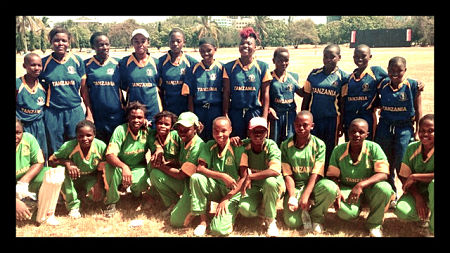 Historically, cricket in Tanzania has not been a sport played by the nation’s indigenous population. Those with backgrounds from countries with strong cricket programs, such as India and the United Kingdom, traditionally dominated the sport. That demographic has been changing, however, ever since 1999 when Zully Rehemtulla, chairman of the Tanzania Cricket Association, and former player Kazim Nasser became set on bringing cricket to all Tanzanians.

In the initial stages, Rehemtulla estimates that only about 150 people in Tanzania played cricket. He and Nasser decided that it was unacceptable for the sport to not permeate the majority of the country and started to focus their attention on bringing the sport to schools in Dar es Salaam, the capital.

Since then, and after about a century of non-indigenous participation in cricket, the sport has taken off, with Rehemtulla estimating that roughly 15,000 people now play in Tanzania. In August 2013, the International Cricket Council ranked the men’s Tanzanian team at 30th in the world.

Women in Tanzania have joined the game too. Though the Tanzanian women’s cricket team was eliminated from the last two World Cups early into qualification rounds, women’s participation has increased significantly.

Rehemtulla and Nasser state that they run into many barriers, due to Tanzania being one of the most impoverished nations in the world, when attempting to boost the participation of adolescent girls in cricket.

Moreover, they state that when girls become teenagers in Tanzania, their families put pressure on them to get jobs and contribute to family income. In order to offset this hurdle, the pair began offering services to girls who wanted to start playing cricket. They offered housing, HIV and malaria awareness classes, as well as, of course, cricket coaching to make them better players and in the future, effective coaches themselves.

The results of this program were very successful, with women not only continuing to play cricket, but also with many attending universities and maintaining lucrative jobs. Nasser and Rehemtulla report that many of the girls in the program are now financially comfortable and can make up to five times as much as low-wage workers in Tanzania.

Nasser explains that he and Rehemtulla have gotten to know the girls in the program and can serve as mentors and aid in their future development.

“We have spent five years with them so we try to do what is best for them. We train them so they get employment instead of going to work as house maids.” Furthermore, he states, “We as an association tried to give them classes and pay the school fees. We tried our best to help them to ensure they have better lives in the future.”

Cricket is also growing in other African nations. There has, for instance, been increased financial investment in cricket programs, including plans to build a new cricket stadium in Rwanda, largely to support the development of its new women’s team. Cricket has already become the second most popular sport in South Africa, whose men’s team, the Proteas, is globally competitive and whose amateur women’s team is gaining recognition.

Though the Tanzanian women’s team has not made it to the cricket World Cup, Tanzania has participated in a World Cup event. In 1975, Tanzanian athletes competed as a part of an East Africa team that included Uganda, Zambia and Kenya.

Tanzania is still far from achieving its goal of having premier, globally-recognized cricket teams, but with programs supporting female athletes and an increased investment in cricket and cricketers, one day Tanzania could prove its athletic prowess.