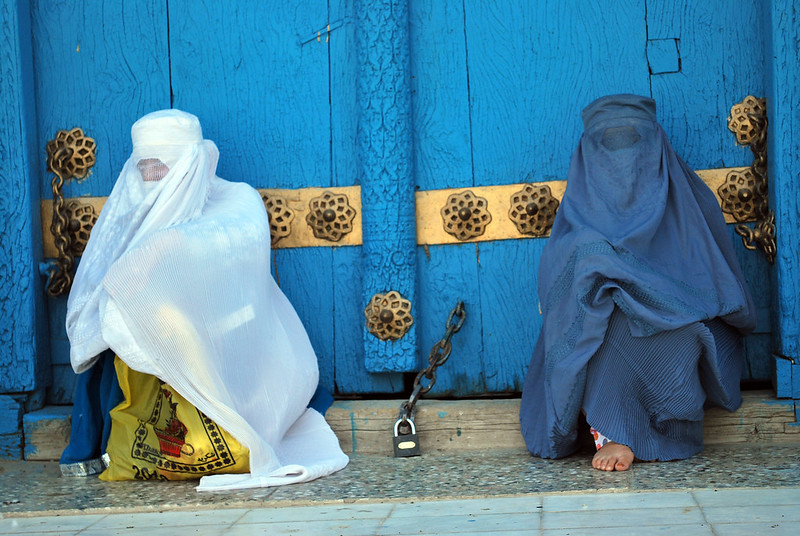 The Climate in Afghanistan

In 2020, former President Donald Trump signed a peace agreement with the Taliban. According to this agreement, the U.S. agreed to withdraw its troops if the Taliban stopped attacks on Americans. In April 2021, President Biden kept that promise and announced that the U.S. would withdraw the rest of its troops by September 11. A month later, the Taliban started gaining control in the northern part of the country. By August, the Taliban seized control over all the major cities and conquered most of the land, aside from Kabul.

Shortly after, the government in Afghanistan collapsed as President Ashraf Ghani fled the country and the Taliban took over the capital. The Taliban control prompted nearly 250,000 Afghans to flee their homes in seek of refuge. During a press conference on August 17, Taliban spokesperson Zabihullah Mujahid promised “an inclusive government, security for aid agencies and embassies and women’s rights to work and go to school.” However, many Afghans are skeptical because of previous Taliban rule in the late 1990s.

The Effects of Taliban Control on Afghan Women

When the Taliban ruled Afghanistan from 1996 to 2001, women did not enjoy much freedom. The Taliban banned women from attending school or working outside their homes. Also, women had to wear a burqa, an article of clothing that encompasses their entire body besides their eyes and a male guardian had to accompany them whenever they left their house. Current female employees will not be able to have a source of income if the Taliban upholds previous restrictions once again. While the Taliban promised that they will respect women’s rights, many Afghans are uncertain of their promises.

The Progression of Women’s Rights in Afghanistan

Before Taliban control in 1996, Afghanistan was making progress in women’s rights. King Amanullah Khan’s reign, beginning in 1919, discouraged polygamy and did not require women to wear a veil. In 1964, women helped write a new constitution that gave them the right to vote and run for office. However, when the Taliban took control in 1996, it restricted women’s rights. Women could not attend school, work or speak in public. As punishment for breaking any of the laws, women suffered public lashing or stoning, which led to higher suicide rates among women. When the U.S. ousted the Taliban from Afghanistan in 2001, women again enjoyed rights like joining the armed and police forces as well as being part of the political process.

Despite the progress made, 90% of women in Afghanistan experience abuse in their life. The latest Taliban regime stated that it will respect women’s rights within the structure of sharia (Islamic) law. However, jurists, clerics and politicians interpret sharia law differently. These discrepancies allowed justifications for the Taliban’s previously harsh laws against women’s rights.

Despite the new ruling of the Taliban, advocacy groups from around the world are helping women in Afghanistan seek safety. One organization aiding Afghan women is Women for Women International. This nonprofit organization aids female survivors of war. It is currently collecting donations to help women in Afghanistan find safety, as well as a place to meet and stay connected.

The Georgetown Institute for Women, Peace and Security is lobbying the U.S. government to better protect Afghan women under the Taliban. Its Protect Afghan Women Project raises funds specifically to support at-risk female Afghan activists. Melanne Verveer, the institute’s director, co-wrote an opinion article in the Washington Post to push the U.S. government to create ways to better protect Afghan women. Verveer and her co-author, Tanya Henderson, lobbied the U.S. to get evacuation flights for women activists in Afghanistan and relocate funds for Afghan refugees.

Although the Taliban control is worrying for most Afghans, advocacy groups are finding various ways to help. These groups have a particular committment to helping Afghan women under the Taliban to seek safety and safeguard their rights in this chaotic time of uncertainty and political turmoil.